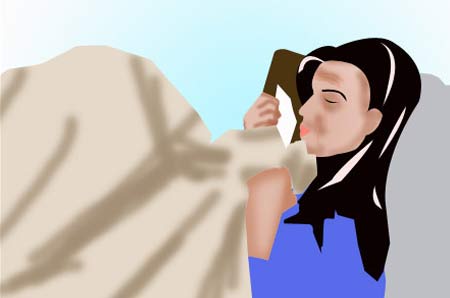 Insomnia could be related to a variety of conditions and scientists from the Henry Ford Health System are now citing hypertension to be one of its effects. According to the findings of the trial, the more time subjects took to fall asleep, greater were the intensities of hypertension among them.

As part of the analysis, nearly 5,314 individuals suffering from insomnia were pitted against people who slept normally. The volunteers were surveyed regarding their sleeping habits, symptoms of insomnia and blood pressure levels.

“The cause of hypertension in insomniacs is due to the number of times the individual wakes during the night as well as their sleep latency – the length of time it takes to accomplish the transition from full wakefulness to sleep,” remarked Christopher Drake, associate scientist at the Henry Ford Hospital Sleep Disorders and Research Center and lead author of this study.

The results showed that the incidence of hypertension was greater among people affected by insomnia, as compared to those devoid of the condition. To be presented at the Sleep 2012 Conference in Boston, the analysis showed that high blood pressure could be one negative consequence of disturbed sleeping patterns.

Some of the participants in the study reported of experiencing the disorder at random times in a year. A few others appeared to encounter chronic symptoms of the same. Also, insomnia patients who woke up many times in the middle of the night supposedly manifested high blood pressures, than those with moderate symptoms.

The benefits of regular sleep are plenty, at least that’s what we’ve been seeing in many recent studies.