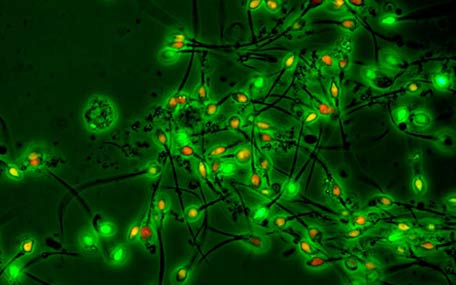 In an important study, scientists from the Universities of Sheffield and Manchester have revealed that lifestyle choices like drinking or smoking may have ‘little impact’ on sperm production. This study reported in the journal, Human Reproduction contradicts the popular belief that lifestyle habits influence sperm count.

According to the investigators, practices like smoking or drinking may not have any effect on the number of swimming sperms produced by men. Such sperms play a primary role in the reproduction process. As part of the analysis, nearly 2,249 males were surveyed regarding their lifestyles. The data was then pitted against a set of men with low swimming sperm counts and another group serving as controls.

Dr Andrew Povey, from the University of Manchester’s School of Community Based Medicine, remarked, “Despite lifestyle choices being important for other aspects of our health, our results suggest that many lifestyle choices probably have little influence on how many swimming sperm they ejaculate.”

According to what was observed, men generating low proportions of swimming sperms seemed to encounter testicular surgeries and indulge in manual labor. Likewise, they did not sport boxer shorts or experience fatherhood previously. Notably, smoking, drinking, drug consumption and BMIs did not appear to have substantial effects on their reproductive capabilities.

Though no clear link between swimming sperm count and lifestyle factors came forward, the latter may have the potential to affect other factors like sperm quality or morphology. The investigators cautioned that men should continue to follow healthy lifestyle practices to maintain their sexual health.

But, men do not have to ‘become monks’ to father a child, the scientists concluded.