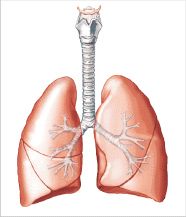 A study has shown that doctors should stop prescribing antibiotics to treat acute bronchitis, because most cases are actually viral infections. In fact, patients should drinks lots of fluids instead.

Acute bronchitis is an inflammation of the main airways to the lungs that is characterized by an irritating cough. The disease occurs in about five per cent of adults each year and doctors prescribe antibiotics to 70-80 percent of patients for the condition.

However, two doctors from Virginia Commonwealth University, Richard Wenzel and Alpha Fowler, say that in almost all cases it is caused by viral infections and does not respond to antibiotics.

The doctors found little evidence that the cough medicine prescribed in most acute bronchitis cases had any value.

The doctors examined research studies and clinical trials regarding acute bronchitis and any data supporting the potential benefits of anti-bacterial agents.

They say most cases will go away on their own after a few days or a week, and recommend rest and drinking lots of fluids.
Taking unnecessary antibiotics adds to the problem of bacteria becoming resistant to them, thus rendering them less useful for treatment of infections, Wenzel said.

They produce unwanted side effects such as diarrhoea, gastric upset, rash, headaches and muscle aches.

Wenzel said that doctors should think twice and spend a few minutes explaining to patients why it is unnecessary to take an antibiotic in these cases.