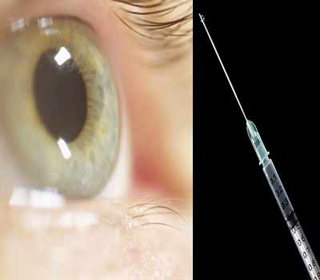 Three young adults have got their vision restored with the help of a gene therapy at The Children’s Hospital of Philadelphia. “This is the first gene therapy trial for a nonlethal pediatric condition,” said Albert M. Maguire, M.D., Associate Professor, Department of Ophthalmology, University of Pennsylvania School of Medicine and a physician at The Children’s Hospital of Philadelphia.

The congenital retinal disease that was operated upon is known as Leber congenital amaurosis (LCA). LCA is a group of inherited congenital diseases of the degenerative nature that affect the light receptors in the retina of the eyes. When a gene called RPE65 is found to be mutated or abnormal it results in LCA, damaging the vision.

Dr. Maguire and his wife Jean Bennett, M.D., Ph.D., Professor of Ophthalmology at Penn and Senior Investigator at the F.M. Kirby Center for Molecular Ophthalmology at Penn’s Scheie Eye Institute have been researching on LCA for the past 18 years. The therapy was conducted by scientists where they used a ‘vector’ which is genetically engineered virus. The vector was used to carry the gene RPE65. The vector gene was then surgically implanted in all the three patients aged 19, 26 and 26 years. The therapy was carried out by Dr. Maguire.

The therapy showed positive results, although in one case an adverse effect was reported where one of the patient’s retina had a hole which couldn’t have been natural or caused due to the vector but a fault in the surgery. The vector did not cause any inflammation or negative side-effects.

The therapy showed improved results where eyes became three times more sensitive to light. The patients could identify hand gestures as well as read text matter written on eye chart. “Standard vision tests showed significantly improved vision in the patients,” said Alberto Auricchio, M.D., a study leader from the Telethon Institute of Genetics and Medicine and University of Naples Federico II. The testing of the therapy continued for a period of six months after initial injections of the therapy were given to the patients. It was reported that the patients had less nystagmus. It was also observed in the eyes that was not administered with the injection. Nystagmus is an involuntary movement of the eyes, a common syndrome in LCA. “The current clinical trial will continue with more patients and with ongoing follow-up to monitor results,” said Bennett. “We expect improvements to be more pronounced if treatment occurs in childhood, before the disease progresses.”

“Gene transfer has been in clinical trials for over 15 years now, and although it has an excellent safety record, examples of therapeutic effect are still relatively few. The results in this study provide objective evidence of improvement in the ability to perceive light, and thus lay the groundwork for future studies in this and other retinal disorders,” said Katherine A. High, past president of the American Society of Gene Therapy. She notes that the result is important for the entire field of gene therapy. However the pace of the trial period of gene therapy is still under evaluation. This is because of lack of experts who are required in this field.