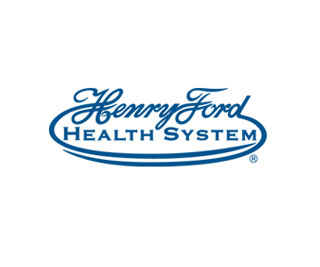 The emergency department is supposedly the last and not the first aid available for patient care. According to a study conducted by Henry Ford Hospital physicians, emergency department doctors are apparently worn out and discouraged from treating patients who frequently visit the ED for their care.

The other aspects outlined in the study were that 91 percent of physicians believed frequent users to pose difficulties for the ED while 71 percent of them believed that they may need a program to organize frequent users. 82 percent felt that they encountered some amount of weariness while it also came to the fore that experience possibly did not act as a protector for burnout.

“Our findings should be a wake-up call for hospital administrators to look at ways to manage these types of patients. In 2004, Henry Ford created the Community Resources for Emergency Department. Overuse (CREDO) in response to increased frequent users in its ED,” commented Jennifer Peltzer-Jones, Psy.D., a clinical psychologist at Henry Ford’s Department of Emergency Medicine who led the survey.

It was found that among those surveyed only 31 percent apparently had a program to help manage patients who are frequent users. The study was based on the results of an 18-question, unnamed survey that was sent to 1,500 physicians to different nations between July-October 2010 in a random manner. They were multiple choice questions and an analysis was done utilizing the common statistical test Chi Square. There were 418respondents for the 1500 questionnaires sent.

According to Peltzer, people frequent the ED as it available round the clock. She added that notably the ED is known to be meant for emergency cases and not as a source for primary care since doctors of ED may not have all the necessary equipments that are used by primary care providers and case managers.

There are many other factors for the repeated use of ED such as lack of access to principal and specialty health care, no home, inability to reach a place for an appointment, narcotic consumption, psychological issues and major illnesses. It was noticed that frequent users apparently have some kind of medical insurance.

Dr Peltz concluded that physicians are frustrated since they have to cater to patients who need emergent care and not just patients who keep visiting the ED. They also admitted to be managing chronic medical and social problems with little support and resources.

The study is being presented at the annual meeting of the Society for Academic Emergency Medicine June 1-5 in Boston.