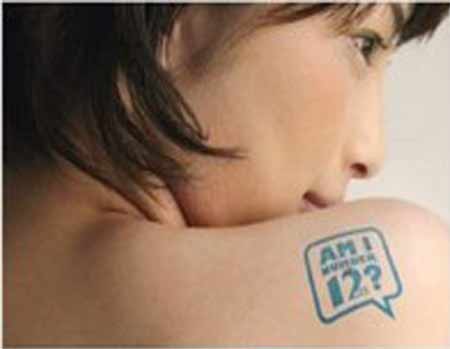 The World Hepatitis Alliance along with 200 hepatitis patients is gearing for Monday, May 19, the World Hepatitis Day. Have you started preparing yourself for the day? If no then there are possibilities that you are unaware of the fact that every 12th person on earth is afflicted with Hepatitis B or Hepatitis C.

The World Hepatitis Alliance has kick-started the ‘Am I Number 12?’ campaign in a bid to raise awareness about the disease that is claiming 1.5 million lives per year. The sole objective of the campaign is to get the people talking and sharing valuable information about the disease as currently about 500 million people around the world are afflicted with it. 64 countries have already witnessed the high-profile campaign and more of such campaigns are being arranged around the world right from Sydney to Serbia and from Beijing to Buenos Aires.

“Through the ‘Am I Number 12?’ campaign and activities around the world on 19 May we aim to put hepatitis B and C firmly on the global healthcare agenda,” said Charles Gore, President of the World Hepatitis Alliance.

At present, Hepatitis C and B are not being taken as seriously as AIDS or TB or Malaria, although the danger Hepatitis poses is equally threatening. “We believe that, unless awareness improves, we won’t make any progress in reducing the enormous and largely preventable death toll. Hepatitis B and hepatitis C should have the same profile as HIV/AIDS, malaria and TB and should really be up there alongside those diseases in the WHO’s millennium goals,” explains Gore.

Hepatitis B is the deadliest of its kind caused due to a very serious virus attack on the liver which may cause life-long complications in the liver, liver-cirrhosis, cancer of the liver, liver failure and even death.

Hepatitis C is also caused by viral infection and may prove to be fatal if the liver is badly damaged. Both of the deadly types spread when one comes in contact with the body fluids of the infected person which most often happen by sexual contact or sharing needles in case of tattooing, sharing heroine, blood transfusion, organ transplant, long-term kidney dialysis and various such activities. Contraction of Hepatitis can only be avoided by using condoms, not sharing personal care items like razors, tooth brushes which are likely to have blood on them and not sharing needles, etc. While there does exist a vaccine for Hepatitis B, there is no cure or vaccine for Hepatitis C.

The campaign is an initiative where the vanguards will be the patients themselves. The campaign will be disseminated worldwide with the materials for the same being printed in about 40 major languages. World Hepatitis Alliance is an NGO formed by 200 hepatitis patients from around the world and is governed by a board representing patient groups from Europe, Eastern Mediterranean, North Africa, North America, South America, Australasia and Western Pacific.

The statistics presented by the NGO are as follows: