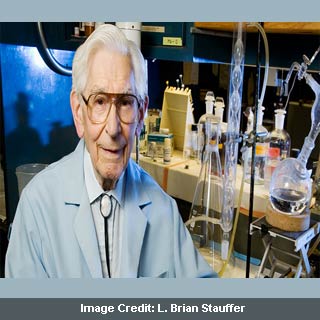 Dieticians may find this piece of news quite interesting. Fred Kummerow, a 94 year-old University of Illinois veterinary biosciences professor emeritus, still known to carry out research on the health effects of trans fats in the diet, filed a petition with the FDA last month. This petition that was of around 3000 words and addressed to the Food and Drug Administration aims at eradicating trans fats from food.

Kummerow commented “Everybody should read my petition because it will scare the hell out of them.”

As per Kummerow, trans fats apparently contribute to the two main causes of heart disease i.e. blood clots in the coronary arteries that may lead to unexpected death from a heart attack and atherosclerosis. The latter is apparently the swelling of plaque in the arteries which may hamper blood flow. Trans fats may also increase low-density lipoproteins (LDLs) in the blood and drive inflammation, both of which may contribute to heart disease.

Trans fats apparently shifts the fundamental fatty acids namely linoleic acid (omega-6) and linolenic acid (omega-3), which the body may need for a variety of purposes. The function of a major enzyme which is necessary to blood flow regulation is supposedly interfered by trans fats, as claimed by the researcher.

Pregnant sows, who consumed a diet that included trans fats apparently transferred considerable amount of the trans fats to their offspring during nursing, as claimed by a previous study from Kummerow’s lab. Three days after the birth of the piglets, the plasma level of trans fats in them was apparently 5 percent. But this supposedly increased to 15.3 percent at 6 weeks of age.

Kummerow is of the opinion that the FDA’s requirement, which began in 2006, that trans fats to be included on food labels, may be inadequate and deceptive. Anything less than one-half gram of trans fats for every helping may be listed as zero grams. This may mean that the public could be getting a misguided notion that their food may be trans fat-free.

In 1957, Kummerow started publishing on trans fats. But his efforts against trans fats become serious only in 1968. He apparently insisted on the American Heart Association to request the Institute of Shortening and Edible Oils to have its members reduce the quantity of trans fatty acids in shortenings and margarines, replacing them with important fatty acids.

Kummerow mentioned “Even then, there was strong evidence that trans fatty acids increased plasma cholesterol levels.”

The food oil industry reluctantly agreed to apparently reduce the trans fatty acid content and increase important fatty acids in its products. That change supposedly coincided with a drastic reduction in coronary heart disease mortality post 1968. Kummerow is of the opinion that the decline in the dietary intake of trans fats and the apparent increase in linoleic acid may clarify at least part of the decrease in mortality due to heart disease.

Kummerow ,in his lab, keeps a sample of human arteries that are congested with atherosclerotic plaque, to emphasize his message. Another unfortunate trait of trans fats is that they may cause cells to increase calcium in the blood, which builds up and narrows the arteries which could be the major symptom of atherosclerosis.

Kummerow commented that atherosclerosis makes the arteries look like old scrub boards and they appear corrugated. This corrugation builds up to the point where it may stop blood flow. According to the American Heart Association data, nearly 2,400 Americans die of heart disease each day. This statistic shows the supposed importance of a quick response.

Kummerow’s petition was filed Aug. 7, 2009. The FDA has 180 days to respond and is open for public comments.

This petition is posted online on the FDA website. Also the research of Fred Kummerow is published in the journal Atherosclerosis.