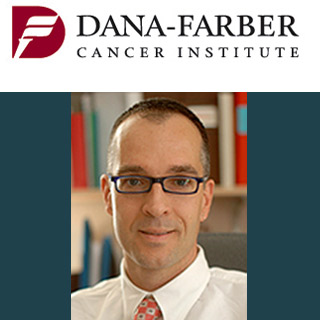 Dana-Farber Cancer Institute scientists have discovered that adult survivors of childhood cancer seem to have an increased possibility for suicidal thoughts, even decades after their cancer treatments finished.

According to this study, approximately eight percent of childhood cancer survivors said they seem to have suffered suicidal thoughts, or ideation. Supposedly, survivors of brain and central nervous system (CNS) cancers were most prone to have had suicidal thoughts.

Moreover, the findings revealed that those who were in poor health or experienced cancer-related pain or treatment-related chronic conditions also were at greater likelihood for suicidal thoughts.

For the purpose of the study, the authors were believed to have examined data from approximately 9,126 adult survivors of pediatric cancers who were part of the Childhood Cancer Survivor Study (CCSS). CCSS is known to be a multi-institutional study coordinated through St. Jude Children’s Research Hospital in Memphis in order to track long-term effects of cancer and its treatment.

During the study, the participants were 18 years or older who had been diagnosed with cancer before the age of 21. In addition, they were noted to have been diagnosed at least five years prior to participating in the study.

The vast majority i.e. 8,464 or 92.7 percent seemed to have been diagnosed with cancer more than a decade before as compared to more than a quarter i.e. 2,564 or 28.4 percent was diagnosed more than 20 years prior. The survivors were compared to a non-cancer control group made up of 2,968 of the survivors’ nearest-in-age siblings who also participated in the CCSS.

“Our findings underscore the importance of recognizing the connection between childhood cancer survivors’ physical health issues and their risk for suicidal thoughts, as some of the conditions may be treatable,” says lead author of the study, Christopher Recklitis, PhD, MPH, and a psychologist and director of research in the Perini Family Survivors’ Center at Dana-Farber.

“Although the vast majority of survivors reported no suicidal ideation, the significant minority of survivors with thoughts of suicide is a serious concern,” states Recklitis, who is also an assistant professor of Pediatrics at Harvard Medical School and Children’s Hospital Boston.

Moreover, the data was believed to have shown no link between suicidal thoughts and a survivor’s age or sex. However, there seems to be an association with low levels of education, lower household incomes, and recent unemployment. Apparently, those who had never married or were no longer married were more likely in contrast to those married to report suicidal thoughts.

Being physically disabled could have been associated with suicide ideation, as were the number and severity of chronic medical conditions, and cancer related pain. Even when depression was reported for, physical health problems appear to have remained a significant predictor of suicidal thoughts.

“While our health care system and our culture drive us to treat physical and emotional suffering very differently, clearly we need an integrated approach to helping survivors with their physical health problems and the emotional distress that can be associated with them,” he continues.

Recklitis emphasized that the relationship between physical health and suicide ideation may perhaps have crucial implications for the clinical care of survivors. Since survivors who experience suicidal thoughts often are diagnosed with chronic medical conditions that need medical care, the study authors suggest that this group’s comparatively high use of medical services provides an opportunity to help recognize and address their emotional needs.

The findings of the study have been published in the online Journal of Clinical Oncology.