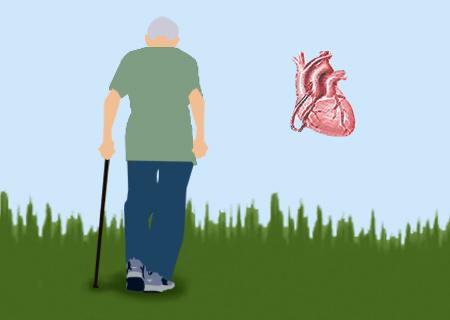 No doubt, regular exercising is good for an individual’s over all health. But it seems that the fruits of regularly exercising may also be enjoyed after the onset of a stroke. A latest study says that people, who have exercised regularly before the onset of a stroke, seem to recover faster from their condition. This revelation was made by the investigators from Mayo Clinic, Florida.

To be precise, these investigators have stated that such people seemed to experience milder impairments post a stroke and were thus relatively more capable of caring for themselves. These findings may prove to be very crucial, because stroke is believed to be a common cause of illness, disability or even death in the 65+ elderly.

Lead investigator, James Meschia, MD, neurologist, Mayo Clinic, says, “It appears that exercise is very beneficial to people at risk of developing a stroke. Many studies have shown that exercise can reduce the risk of developing a stroke in the first place, and this study suggests that if an active person does have a stroke, outcomes can be improved.”

He further also adds, “It makes complete sense that a person who exercised before a stroke would recover quicker. A brain that generally has good blood and oxygen flow from aerobic exercise will be in a better position to compensate for neurological deficits caused by a stroke.”

This is notably the first study of its kind to have assessed the extended benefits of exercise beyond stroke prevention. For the study, these investigators evaluated the data withdrawn from four centers who had participated in the Ischemic Stroke Genetics Study. This study was evidently conducted to mainly assess the inherited risk factors for stroke.

The subjects participating in the study were believed to have been treated for acute ischemic stroke, which is a kind of stroke that blocks the flow of blood to a certain region in the brain and thus brings about the death of brain cells. Apart from this, the questionnaire, that was filled out by these subjects asking them about exercise before stroke, was also noted to have been examined by these investigators. The experts also analyzed the data demonstrating the measurements of stroke outcome taken after the stroke and then again 3 months later.

Dr. Meschia observes, “We infer that patients who are active may recover more quickly immediately after a stroke, with trends that point to better outcomes at three-month follow-up.”

After taking a number of factors like age, sex, medical history, etc. in to consideration, these experts came to the conclusion that although exercise may not be able to affect the stroke severity, it may be capable of altering the outcome. However the investigators could not clearly verify the amount of exercise needed every week for better functioning.

These findings were published in the Journal of Neurology, Neurosurgery & Psychiatry.