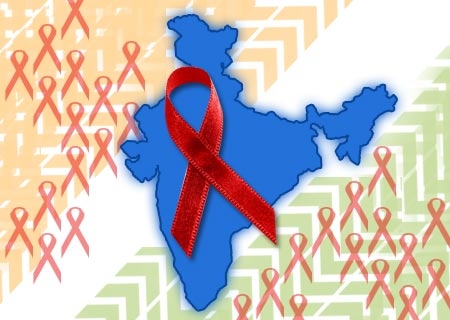 Elizabeth Taylor once quoted, ‘It is bad enough that people are dying of AIDS, but no one should die of ignorance.’ When we hear the word Acquired Immune Deficiency Syndrome better known as AIDS, the first thought that would probably come to our minds is utter scare. Just a few months back we had offered insights into the social stigma associated with the disease.

Despite the fact that we are moving towards a more developed world, the prevalence of AIDS still seems to haunt us. In fact with augmenting developments though treatments seem closer to reality, prevention could still be considered a major cause of concern.

This year the global theme for Worlds AIDS day was ‘Stop AIDS; keep the promise: Universal Access and Human Rights’. This implies preventing the spread of the disease while also giving those infected access to proper medication and treatment. Finally the theme also highlights the right to live a respectful life by people who have contracted the disease. But how much of that are we actually following. Yesterday on World AIDS Day, we took a closer look at the HIV virus in India. Much in contrast to other developed nations, India may not be armed with enough research facilities and medical professionals or even labs that can efficiently handle the disease. Coupled by social stigma, we need to wake up for sure.

In a country with a population of over a billion and more than half of them in the sexually active group, sex is still considered a taboo subject. These are coupled by lack of coordination from health authorities and poverty. While the affluent bunch may still manage to get over the difficulties of facing the disease, those in the mid and low income groups are found to be affected the most. With no awareness, proper knowledge and access to basic medical facilities, the disease could be an added pain to their already hurtful life. People in the country seem to feign ignorance about the very existence of AIDS.

Even 23 years after the first HIV case was identified in Chennai, India in 1986, AIDS is very much a reality. Having consumed millions of people over the years, the disease urges us to come out of our safety shells and start becoming more aware. Globally since 1981, AIDS has deprived more than 25 million people of their existence and around 33 million people are now living with HIV.

In India approximately 25 lakh people are currently said to be living with HIV. The worst affected states are supposedly Maharashtra, Nagaland, Manipur, Mizoram, Andhra Pradesh, Karnataka and Tamil Nadu. Mumbai has witnessed the diagnosis of around 546 pregnant women as HIV positive this year. The figures appear good though as compared to last year that saw nearly 756 pregnant women identified by the disease. If we go by the official records then infection rates in Mumbai have supposedly dipped down since 2002.

Rather good news for the supposed HIV capital of the country, the figures reveal that apparently 8.6% men have been diagnosed this year as against 17% last year. Also 7.6% women this year as compared to 10.9% last year have been afflicted by the disease. While there’s definitely a noticeable drop in the HIV numbers, stigma attached to the disease is still very much prevalent.

Today the increasing number of MSMs (Men who have Sex with Men) across the globe could also be a major worry in tackling the pandemic. Hopefully with the recent annulment of Sec 377 of the Indian Penal Code by the Indian High Court homosexuality is no longer criminalized. This should allow homosexuals to openly discuss their fears especially regarding AIDS and take necessary measures towards preventing it. Though late, the government has definitely offered a ray of hope for gays and AIDS prevention. Nevertheless from being perceived as a Western disease to a more existent disease, people in India seem to have cautiously accepted AIDS.

Interestingly whether the outlook towards the dreaded pandemic has changed or not, people today for sure are more aware of it particularly the youth. From campaigns to advertisements promoting safe sex and safe blood donations, the efforts appear to be surging. Much before the symptoms of AIDS occur, the HIV is found to go on a crazy multiplication process in the blood. And the main aim of scientists today is to keep HIV levels in the body low and to strengthen the immune system. Presently treatment for HIV apparently augments the life of patients by nearly 24 years. However in the long run, it could be pretty expensive.

Remember one act of irresponsible pleasure could put your life to risk. It’s better to be safe than sorry. Whether its drug injections or unprotected sex, we need to keep ourselves vigilant against taking any untowardly steps. We must also work towards keeping stigma and discrimination linked to the disease at bay. The government on its part must attempt at ensuring medications reach every victim. The need to develop an environment that invites healthy discussions on the topic and also possible ways to combat it should also be welcomed.

The red ribbon was introduced as a symbol of AIDS unity in the early 90s. Today it stands for more than just that. It essays dedicated support for the cause of not only helping those with AIDS but also making strong efforts in eliminating the disease completely. With the World Health Organization recently proclaiming the development of more powerful drugs and enhanced prevention programs that have helped lower new HIV infections globally by 17 percent in the past eight years, we hope to see that day coming soon.