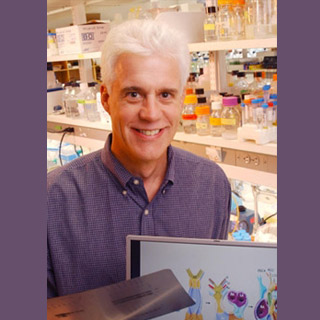 Amyotrophic lateral sclerosis (ALS) is claimed to be a type of motor neurone disease. Well, a research from UT Southwestern Medical Center claimed to have discovered that a molecule created naturally by muscles in reaction to nerve damage could decrease symptoms and lengthen life in a mouse model suffering from ALS.

ALS is also called as Lou Gehrig’s disease. It could impair motor nerve cells that supposedly regulate muscles, thereby resulting in muscle weakness, paralysis and death. Apparently, there is no treatment to cure the disease.

Since ALS destroys nerves, the muscles they regulate supposedly start to shrivel. These impaired muscles, nevertheless may ‘re-innervate’ themselves by claiming to induce strong nerves to propel new branches their way.

Dr. Eric Olson, chairman of molecular biology at UT Southwestern and senior author of the research, commented, “We believe we can apply this research toward drug development.”

Dr. Olson is of the opinion that skeletal muscles could generate a molecule known as microRNA-206 (miR-206) to function as a chemical signal to maneuver the new nerve endings and uphold their communications with the muscles. But the research proposes that miR-206 can supposedly only operate for so long. Symptoms such as muscle weakness can emerge when the nerves continue to die and a saturation point is reached for the existing nerves when they can apparently no longer bear the burden.

Dr. Olson remarked, “While miR-206 initially prompts nearby surviving nerves to send new branches to the muscles, it only delays the inevitable. Our findings correlate with the observation in ALS patients that the disease is nearly asymptomatic until a large fraction of motor neurons has died, at which point the few remaining ones can’t compensate sufficiently. These results provide a new perspective on the mechanisms of ALS. MiR-206 seems to sense nerve injury and promote regeneration.”

He further mentioned that as miR-206 only exists in skeletal muscle, a drug based on it might not affect other tissues. That limits its risk of side effects and is a key part of its appeal as a potential therapy.

Dr. Olson claims to be developing possible drugs based on miR-206, in partnership with a company he co-founded known as miRagen Therapeutics.

The research appears in Science.