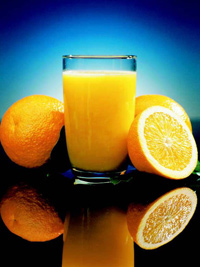 Taking a daily supplement dose of vitamin C will not provide you much protection against common colds, according to an updated review of 30 studies on the subject.

The review was conducted over several decades and includes over 11,000 people who took daily doses of at least 200mg of Vitamin C.

It showed that vitamin C also known as ascorbic acid does little to reduce the length or severity of a cold.

The researchers at the Australian National University and the University of Helsinki found that people who were exposed to periods of high stress such as marathon runners, skiers and soldiers on sub-arctic exercises were 50 percent less likely to catch a cold of they took a daily dose of the vitamin.

In fact so slight is the benefit of vitamin c for most people that when it comes to colds, taking this popular remedy is really not worth the effort or expense for that matter, say the authors.

“It doesn’t make sense to take vitamin C 365 days a year to lessen the chance of catching a cold,” said co-author Harri Hemilä, a professor in the Department of Public Health at University of Helsinki in Finland.

The current recommended daily allowance of vitamin C is 60mg. An 8 ounce glass of orange juice has about 97mg of vitamin C.