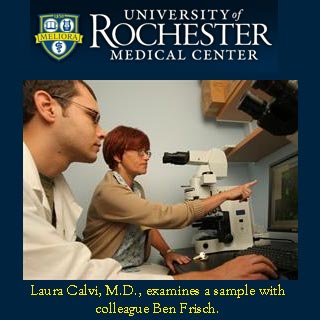 Bone marrow is a soft, fatty tissue within the bones. This is where blood cells such as red blood cells, platelets, and white blood cells could be developed and produced. All the cells apparently carry a life-maintaining task and in the human body, bone marrow is considered to be an extremely important part.

A new study now claims that a major compound may resupply bone marrow with apparently fast-acting stem cells that may rapidly regenerate blood cell production. The study was conducted on mice. Experts believe that it is apparently likely to augment survival among patients with life-threatening blood cell shortages.

A few human tissues as well as bone marrow, could apparently maintain a stem cell pool on reserve into adulthood. It may distinguish into substitute parts when called upon. For example, the marrow may house the hematopoietic system that could convert stem cells into red blood cells, white blood cells and platelets.

In leukemia patients, cancer cells apparently enter into the bone marrow. The doctor must destroy the cancer cells through chemotherapy and radiation, so they can hope to save the patient’s life. In some other cases, genetic blood disorders apparently lead to abnormal cells or some infections that may have damaged the marrow. Stem cells transplant may take place when the marrow is injured. In this way it may reinstate the capability to deliver blood cells. But these transplants may leave the patients with a possibility of severe infections involving blood for roughly 6 weeks as the morrow recovers.

Study experts apparently discovered that a major compound, prostaglandin E2 (PGE2), may significantly augment the amount of fast-acting stem cells, which may be extremely useful in the speedy recuperation of the bone marrow’s hematopoietic ability.

Laura M. Calvi, M.D., assistant professor of Medicine in the Endocrine/Metabolism Division at the University of Rochester Medical Center, commented, “Our results show that PGE2 more quickly restores blood cell production, and continues to do so for the exact period, six to eight weeks, when patients are most at risk. Currently stem cell treatments used for the restoration of bone marrow function are often unable to produce enough stem cells, or throw off the balance between stem cells and mature blood cells. PGE2 treatment could represent a precise way to accelerate recovery from bone marrow injury.”

Hematopoietic stem cells (HSCs) have apparently progressed into three sub- types, comprising of long term-HSCs, short-term-HSCs and multi-potent progenitors (MPPs) that self-renew for less than two weeks. Previous studies have claimed that long term-HSCs have apparently ensured a stable lifetime supply of blood cells. They may not separate quickly into mature blood cells to be useful directly after bone marrow destruction.

Bodily functions, which apparently include stem cell behavior, may be adjusted by hormones. The parathyroid gland may discharge parathyroid hormone (PTH), which may be known to augment the amount and action of cells neighboring HSCs which are the bone-building osteoblasts.

Calvi and colleagues have supposedly established earlier that PTH signals for a larger supply of hematopoietic stem cells along with osteoblasts. Based on the gut feeling that PTH, in some way regulated HSCs through osteoblasts, the team were apparently able to hereditarily engineer mice that were almost four times as likely to endure bone marrow transplant as control mice, with their marrow thickly packed with blood cells.

It has apparently been discovered that PTH may stimulate osteoblasts to create prostaglandin E2 (PGE2). The effects of PGE2 treatment on the number of a key type of hematopoietic stem cells was apparently weighed against control-treated mice. PGE2 was supposedly discovered to preferentially develop fast-acting, shortlived stem cell populations (ST-HSCs and MPPs) in mice, but not Long Term-HSCs. As the cell types apparently augmented in number act rapidly to increase blood cell supply, but supposedly do not replicate for very long. The experts were not astonished to see that the effect in live animals of PGE2 had apparently vanished by roughly 16 weeks after stem cell transplant.

Ongoing studies supposedly in Calvi’s lab should explain the molecular mechanisms that may be accountable for the regulation of ST-HSCs by PGE2. Studies are also being conducted to see whether present drugs known to encourage the PGE2 signal may create a difference in blood marrow transplant recovery.

This study was published in the journal Blood.