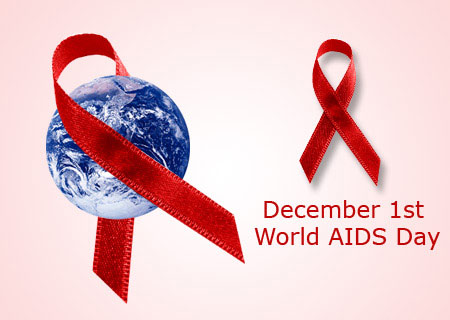 AIDS or Acquired Immuno-Deficiency Syndrome has become a steadily spreading global pandemic from its discovery back in 1986 till today 1st December, 2010. 33.3 million people worldwide are living with the Human Immunodeficiency Virus (HIV) and amongst these about 5.6 million come from the sub-Saharan Africa alone. This is the largest population of any country to be living with HIV in the whole world. In India alone, around 2.27 million people are living with the HIV in their blood and multiplying rapidly.

HIV is a retrovirus that multiplies extremely rapidly once it enters the blood stream. It is an infection which attacks and renders handicap the very immune system which protects us against all other infections. It is most commonly transmitted through sexual contact and second by intravenous drug abuse. Being a retrovirus, it can frequently as well as easily modify itself thereby making it more difficult to treat in comparison to other infections. Due to these hurdles, the control and eradication of HIV is much more difficult as against other deadly infections like tuberculosis, polio, malaria, etc. Thus, prevention and awareness become the primary tools of tackling prevalence of this world-wide pandemic.

The UNAIDS Global report says that 2.6 million new infections of HIV took place in 2009 despite all measures being taken in a growing trend. Of these, almost 3,70,000 children contracted HIV in perinatal and breast feeding period from their mothers. This shows the lacking awareness of mother-to–child HIV transmission and prevention strategy. Mother-to-child transmission is almost completely preventable if adequate measures are taken in time. Thus at least the new world citizens can live a healthy and productive life and not fall prey to AIDS. UN reported a 19 percent decrease in AIDS-related deaths among children worldwide from 2004-2009.

Just above 50 percent people living with AIDS worldwide are women and girls. This happens mostly due to unprotected sexual contact and transmission from male partners who are intravenous drug abusers. While more than half the AIDS patients are females, in most countries men outnumber their female counterparts and thereby remain the main cause of spread to the female population. This shows that female empowerment with knowledge about prevention and cure is lesser and needs readdressing to prevent further worsening.

Intravenous drug abuse is one of the major causes of HIV spread in adults. Of 15.9 million drug users, 3 million have HIV. Most sub-Saharan countries do not have access to adequate sterile needles which may be one of the causes of the high rates of prevalence and transmission in Africa. UN says that Africa bears 68 percent of the global AIDS burden.

As for the treatment of AIDS, Anti-retroviral therapy or ART is expensive and difficult to procure. Although highly effective in keeping the viral counts low, it’s a lifelong therapy and does not prevent its contagiousness. Only a few more than 5 million people worldwide are receiving ART in low and middle income countries, but 10 million more require it. Of these most are from the worst-hit African countries where even clean water supply and food is a problem. The gap to be filled is huge and ever widening. The only way to contain it is education, awareness and self-protection.

Methods of prevention of AIDS are numerous, but due to its user-friendliness the condom has been advertised extensively. Consistent and correct use of condoms decreases HIV spread by 90 percent as per the latest international UN survey. Since condoms are cheap and easily usable they have been used widely in all AIDS awareness campaigns. So, in developing countries where myths and social customs act against use of such contraceptive devices making condoms easily available will make a definite impact on the reduction of transmission and incidence rates of HIV.

In India, throughout 2007 and later again in 2009 a 7-coach train called the ‘Red Ribbon Express’ was started to spread awareness of HIV and provide free testing and guidance regarding the same. It went all over the country and received an overwhelming response witnessed as long queues outside the stations everywhere it went. It was the largest ever and a one-of-its-kind awareness campaign taken over by any country in spreading AIDS awareness. It reached above 3.5 million people in the first 6 months itself. Thanks to this campaign, overall India showed a less than 25 percent declining trend of HIV in 2009.

The social stigma attached with AIDS is the prime obstacle in achieving the goals of spreading its awareness. Most developing and third-world countries view it as something dirty which should not be talked or thought about and the victims of AIDS are treated similarly. They are considered untouchables and societal outcasts, but slowly the scenario is changing. People are realizing that it spreads not just through sexual contact but also through blood transfusions and from mother to child. Thus appropriate transfusions, safe sexual practices including monogamy and timely therapy are the corner stone of reducing the spread of this forest-fire which is raging through humanity.

Cause of Migraines: Health Tip