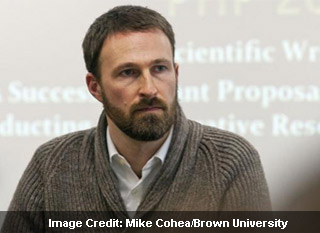 Adverse childhood resulting in psychiatric problems seems to to be just the tip of the iceberg. According to a study conducted by Brown University scientists, bad parenting may result in growing risk of coronary heart disease (CHD) during adulthood.

Nearly 3,554 adults participated in the study where each point tending towards risky family scores seemed to have a corresponding increase in risk for CHD. They were marked on a 21-point scale for risky parenting score.

“We often think about how the early family psychosocial environment influences the mental health of kids. The fact that it may be important for chronic diseases, like heart disease, hasn’t been thought of as much,” elaborated Eric Loucks, assistant professor of epidemiology in the Warren Alpert Medical School of Brown University.

The scale of difficult family conditions was determined by a questionnaire filled by participants that gauged factors such as physical or verbal abuse, as well as love and support gestures during childhood. This data accompanied the Framingham risk algorithm that utilized psychological variables to comprehend CHD risk. Men and women who had higher scores of riskiness seemed to have higher CHD risk than their counterparts with lower scores.

On closer examination, the team found that for women, bad educational or financial background along with depressive symptoms like anger and anxiety elevated the risk score and subsequently disease risk. As far as men are concerned, education was one prominent factor. Apart from these, other issues increasing their score was smoking. Women were also affected by the latter along with HDL cholesterol.

For women, one of the major influential factors of CHD score was physical abuse, verbal maltreatment, poor parental inspection and weak home management. Men’s score seemed to be affected more by ignorance than anything else. This study emphasizes on providing timely assistance to children coming from troubled households.

The study is published in the July 22 issue of the journal Psychosomatic Medicine.