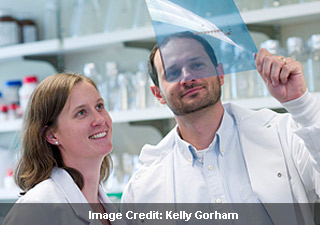 Molds growing on plants and vegetables are known to decay them, but do they also cause problems in humans? A research conducted by Montana State University scientists has shed light on a condition that takes place in lungs after a common mold that ought to cause morbid infections in humans, invades it.

Lungs are supposedly the storehouses of oxygen but scientists seemingly found less oxygen during the research. This was possibly due to inflammation caused by intruding growth of a mold that substantially lowered oxygen levels for the infectious mold Aspergillus fumigatus. This mold exists in hay, soils or compost piles and causes varied lung problems if humans inhale it.

The most deadly form of it is invasive aspergillosis that apparently harms 30 to 90 percent of people. Those who’ve undergone organ transplantation, HIV medication, chemotherapy, or some medical treatment that weakens immunity, are more vulnerable to it.

We think this (the lack of oxygen) is a really big stress on the pathogen,” specified Nora Grahl, a doctoral candidate at MSU.

This analysis puts forth a strong association between hypoxia or low oxygen levels and fungal infections. An experiment with mice showed interactions between mold and lungs. Notably, the shortage of oxygen seemed to be one amongst many problems that the mold encounters prior to causing any sort of infection. Nevertheless, when oxygen is less, microorganisms may adjust through fermentation or other metabolic alterations.

Strikingly, the scientists revealed that the mold’s fermentation may also have an effect on the host immune response to the pathogen. According to Cramer, usually microbes produce energy during fermentation when the supply of oxygen is less. The team plans to continue its research on respiration to gauge Aspergillus fumigates pathogenesis.

The research is published in the July 21 issue of PLoS Pathogens.