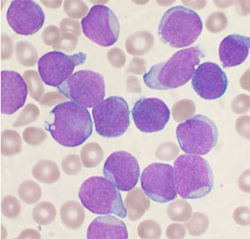 A 14-year-old boy from Washington State has died of leukemia, after declining to undergo blood transfusion since he was a Jehovah’s Witness.

Named Dennis Lindberg, the 14-year-old died on Wednesday night in Children’s Hospital in Seattle. His death occurred just a few hours post the judge ruled that the boy could not be forced to receive blood transfusions to treat leukemia, reported The Seattle Post-Intelligencer. Ironically, allowing a transfusion could have saved the boy’s life.

While on one hand this decision was supported by Dennis’ aunt and legal guardian, Dianna Mincin, who is also a Jehovah’s Witness; the victim’s father Dennis Lindberg Sr. asked Skagit County Superior Court Judge John Meyer to overrule his son.

At the time of the decision, the courtroom was full of classmates, friends and their parents, amongst which a few disagreed with Dennis and his aunt.

According to Meyer the eighth-grader was well aware of the decision he was making.

Meyer made the following statement following his ruling:

“I don’t believe Dennis’ decision is the result of any coercion. He is mature and understands the consequences of his decision. I don’t think Dennis is trying to commit suicide. This isn’t something Dennis just came upon, and he believes with the transfusion he would be unclean and unworthy.”

Diagnosed in early November, Dennis suffered from a form of leukemia called “acute lymphocytic leukemia” that can infact be successfully treated, for which transfusions are a must in order to pull through the chemotherapy.

It indeed is extremely ironical how some people are caught between certain religious faiths that actually go ahead and interfere with individual health choices. And for a fact, if it is someone as young as 14 year-s of age who is making a decision that actually intervenes with his life and existence, then the state and law surely need to take charge and take some responsibility of the child’s welfare.