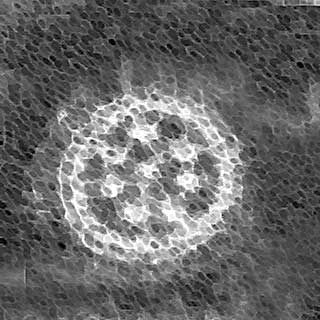 With the rapid spread of swine flu around the world, a greater need has been expressed for better understanding the H1N1 influenza strain. Experts have stressed on the importance of gaining an insight into the impact that this virus may have on the lungs and also the need to discover novel treatments.

Now, a latest research has discovered that a particular protein in flu virus, which aids the virus to replicate, also affects the lung epithelial cells. This damage, in turn, is believed to bring about an accumulation of fluid in the lungs. The University of Alabama at Birmingham (UAB) and Southern Research Institute researchers believe that these findings may be useful in understanding the process in which influenza attacks the lungs and may also give novel targets for new treatments.

These researchers have stated that in the extreme and severe cases of flu, the fluid apparently builds up in the lungs and makes it difficult for the patient’s to breathe. Evidently this also curbs the flow of oxygen to the bloodstream. It was observed that the M2 protein in the flu virus allegedly hampers the protein which is in charge of clearing away the fluid from the lungs. This particular protein evidently clears away this fluid by increasing the number of oxidants (free radicals) within the cells. Although oxidants are believed to be essential for effective cell function, they may get harmful if not restrained.

Lead investigator, Sadis Matalon, PhD, vice chairman for research and professor of anesthesiology at UAB, says, “Under normal conditions, oxidants play an important role, as they destroy pathogens in cells. But our findings suggest that lowering the number of oxidants, or preventing their increase, would prevent damage to the lungs resulting from the M2 protein.”

Researchers were noted to have injected frog eggs with both, the M2 protein and the fluid removal lung protein. Following which, they removed part of the flu protein until they could detach the segment which could be credited for the lung damage. This isolation of the segment was supposedly undergone with the use of molecular biology techniques.

Diana L. Noah, PhD., of Southern Research, explains, “We found that when the flu protein was shortened in length, it did not damage the lung protein responsible for removing fluid from the lungs. This is important information as it will enable us to design drugs that will hopefully prevent this M2 flu protein from functioning properly, making it possible for those infected with the flu to recover faster.”

After this, in another experiment the researchers injected frog eggs with intact flu proteins, their target lung proteins and agents which removed oxidants. Apparently, through this technique it was noticed that the lung proteins no longer seemed to be affected by the flu viruses. This experiment evidently yielded the same results even when repeated in cells taken from human lungs.

Having said this, they have expressed an uncertainty over the fact that a simple antioxidant like vitamin C may be capable of curbing or preventing flu. Flu viruses are believed to have an astounding capability of evading flu vaccines and anti-viral drugs. Therefore for this purpose, the researchers believe that gaining new targets for potential treatments may bring about a new approach to fighting against flu.

This research has been published online in the journal Federation of American Societies for Experimental Biology.