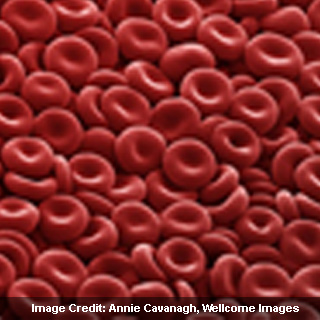 Autoimmune diseases apparently crop up from an overactive immune response of the body against substances and tissues usually there in the body. In other words, the body is said to assault its own cells. Scientists have seemingly detected a cellular genetic signature that envisages prognosis in two dissimilar autoimmune diseases. It is anticipated that the discoveries could one day aid in steering therapy and might also come up with new therapeutic targets.

Presently the only way to treat these diseases is with drugs that appear to turn off the immune system in general, which could encompass toxic side-effects and leave patients vulnerable to potential infections. Being able to develop a drug treatment to the acuteness of disease could aid in decreasing these incapacitating side-effects.

The study was headed by Kenneth Smith from the Cambridge Institute of Medical Research. The experts observed patients with two kinds of autoimmune disease, a kind of vasculitis typified by inflammation of the blood vessels called AAV, and lupus, a disease caused due to antibodies working against the body’s own tissues.

The team apparently took blood samples from patients prior to treatment and cut off the diverse populations of immune system cells, counting T cells, B cells and neutrophils. By noting the gene expression in each of the diverse kinds of cells, they could get a picture of which cell kinds may be adding to the disease.

Their first examination appears to have divulged separate patterns of gene expression in every cell type, but it was said to be the T cell population that seemingly caught their attention. When they observed a particular subgroup of T cells, called CD8+ T cells, they discovered that the patients could be alienated into two different groups based on their long term prognosis, with one group encompassing more disease relapses or ‘flares’ than the other.

CD8+ T cells from patients with relapsing disease appeared to have encompassed elevated levels of expression of genes included in endorsing T-cell activity. This also contains the T-cell receptor, which seems to regulate activation of the T cell, and the receptor for IL-7, a chemical that impels T-cell survival. Moreover, CD8+ T cells from these patients also illustrated the hallmarks of having been triggered already, alleged ‘memory T cells’ that are believed to be poised to respond quicker and stronger.

The study apparently does not clarify how the CD8+ T cells add to the severity of disease, or why these specific genes could be turned on in patients with poor prognosis. But by detecting a genetic signature that appears to envisage poor disease outcome, it is anticipated that doctors could one day be able to use this information to craft drug therapy as per an individual patient.