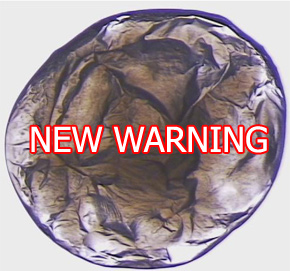 Under a new federal rule, manufacturers of gels, films and other products designed to prevent pregnancy must state that they do not protect against sexually transmitted diseases.

The Food and Drug Administration unveiled a new label Tuesday for widely used vaginal contraceptives containing the sperm-killing chemical nonoxynol 9. The label makes clear that the over-the-counter products, which include diaphragms, do not stop the spread of sexually transmitted diseases, including HIV.

According to the FDA warning, nonoxynol 9 can irritate the vagina and rectum, which can actually heighten the risk of contracting HIV from an infected partner.

The rule from FDA comes four years after the agency first proposed the labeling change, citing studies performed in Africa and Thailand that showed women who used the chemical were not protected against HIV.