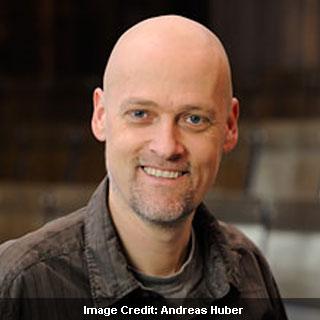 A team of experts led by Professor Karsten Suhre at Helmholtz Zentrum Munchen claim to have identified genetic causes for disturbances in lipid metabolism. The scientists have apparently recognized new gene variants that could be linked to disturbances in the metabolism of lipid.

The scientists reveal that some of these common human gene variants are already known to be risk factors for diabetes mellitus. For many decades, the pathomechanisms of diabetes have arose the curiosity of physicians and also seem to have been the subject of much debate.

With these new results, the team hopes to gain a better understanding of the clinical picture of diabetes and its pathogenesis. It may result in novel approaches in early diagnosis and therapy. Scientists of the Institute of Bioinformatics and Systems Biology at Helmholtz Zentrum Munchen and of Ludwig-Maximilians-Universitat Munchen (LMU) claim to have conducted the analysis.

The team supposedly identified variants in nine different genes. These they found could be linked with disturbances in the lipid metabolism. Along with Dr. Christian Gieger and Assistant Professor Thomas Illig of the Institute of Epidemiology at Helmholtz Zentrum Munchen, Professor Suhre for the first time appeared to have succeeded in associating variants in the genes MTNR1B and GCKR with changes in the metabolism. The two are well-known diabetes risk genes.

“The results of our study bring us a decisive step closer in our search for markers for the early detection and therapy of serious metabolic diseases such as diabetes,” Professor Suhre elucidated.

The experts suggest that the variants identified in this analysis appear to generally cause differences in the metabolization of important lipid building blocks of the body. Furthermore, many of the identified variants are supposedly already known to be related to increased disease risk.

The first step of the analysis saw the team ascertaining the concentrations of 163 metabolic products. These levels were determined in blood samples of 1,800 participants of the KORA population study. Following this, the experts looked at the metabolic profiles in a genome-wide association study for possible associations with common gene variants (SNPs). By repeating their experiments in an independent study, the scientists then confirmed the identified associations. The replication study occurred in cooperation with scientists of the Sanger Centre in Hinxton and King’s College in London, based on the British population study TwinsUK.

Karsten Suhre’s work is claimed to belong to the young research field of metabolomics in which scientists determine the concentrations of as many metabolic products (metabolites) as possible. Experts of metabolomics apparently can identify risk patients for metabolic disorders earlier than they could previously.

This new study was thus able to detect genetically caused metabolic processes. These could play an important role in the pathogenesis as well as in the diagnosis and therapy of diseases like diabetes.

The findings have been published in the current online issue of the renowned journal Nature Genetics.