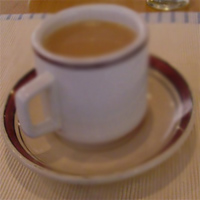 Your daily cup of tea might just have the potential to fight diabetes, besides giving you that much-needed kick-start to begin the day. Researchers at Dundee University have said that the ordinary cup of tea might help in combating type 2 diabetes in particular.

This finding is based on the discovery of black tea’s ingredients that mimic the action of the hormone insulin.

The hormone insulin is deficient in people who suffer from diabetes. Diabetes happens to be one of the world’s biggest life-threatening diseases.

Dr. Graham Rena, an insulin research at the University of Dundee’s Neurosciences Institute says that the health benefits of team may actually surpass those of other drinks, including green tea. Many people swear by green tea for it has been known for its cancer-fighting properties, besides assisting with weight loss.

In type 2 diabetes, insulin is produced by the body in insufficient quantities or does not work properly.

Rena discovered that chemicals in black tea, known as theaflavins and thearubigins, mimic the action of insulin, which helps the body convert sugar to energy.

“The prevailing view has been that green tea is the thing we must have for health benefits. But what we have found is that the substances that mimic insulin action are in black tea.

It would be interesting to know what level of tea consumption, if any, can elicit similar effects to those that we have seen in our lab-based studies,” Rena, said. Rena said another option could be to create a pill from purified tea ingredients.

“We would like to see these effects in human trials, and I am trying to get other researchers interested. We are hoping this can be made into a treatment,” he added.

The next step for these researchers is to establish whether drinking more tea could help treat diabetes or even prevent it from occurring in the first place.

Health Tips for Seniors: Gentle reminders for a relaxed retirement