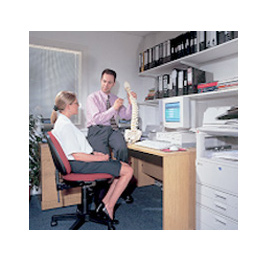 As strange as it may sound, experts have said that people who suffer from regular back pains and arthritis should remain working if they want to recover quickly.

Such disorders include problems such as low back pain, joint injuries and repetitive strain injuries. Due to such problems, many people take long period of sick leave or even quit working altogether.

Some doctors recommend people who suffer from such muscoskeletal disorders to resume work only after recovering fully. However, such people may actually be doing themselves more harm than good.

A lot of evidence has suggested that people can benefit from going back to work as soon as possible.

The new report was conducted by Michelle Mahdon of The Work Foundation. Doctors as well as employers need to really focus on what people can do rather than what they cannot, says the report.

The report also said: “It may cause or aggravate symptoms, but evidence is amassing that with the right support arrangements, work can also be part of the recovery by contributing to a person’s self-esteem and sense of being productive.”

According to Professor Alan Silman, medical director of the Arthritis Research Campaign, “In appropriate cases a return to normal activities could lead to more rapid recovery, although fear of pain and lack of support from colleagues could make it daunting. However, work can be a major contributor to musculoskeletal problems through excessive loading, poor posture, repetitive movements and other mechanical causes.”

He also said that each person would need to be assessed individually in order to evaluate whether the work place environment could be modified to encourage return to work.