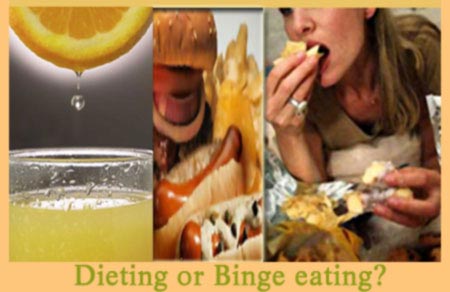 Just the way humans have a tendency of binge eating and dieting, the same holds true for animals too. But binge eating followed by dieting may reduce the lifespan in animals. A report published in the journal Proceedings of the Royal Society B, by researchers at the University of Glasgow has discovered about the sudden death in animals due to the fluctuating diet.

According to the study if factors like the body size, reproduction rate and animals’ food pattern are not considered then it can reduce 25% of the life span. The university’s faculty of biomedical and life sciences believes that the same can be implied to the teenagers and children who practice such eating styles of dieting and binge eating. The reason is that the body is in the developing stage (growing).

Prof Neil Metcalfe said, “Applying this to humans, it would only occur in children and teenagers. But it would be for extreme switches in diet. Just skipping lunches would not have any effect, but if they had several weeks of one diet followed by several weeks of the extreme opposite, then there could be an effect”.

“The fish on the fluctuating diet put just as much effort into breeding – the males became brightly coloured as usual and the females produced the normal number of eggs. However, on average their lifespan was three-quarters that of animals eating a constant amount every day,” said Prof. Metcalfe.

Researchers have noted that age was not the factor for this increased risk of sudden death. Primarily the study has compared the growth rate, reproduction’s successiveness and lifespan of stickleback fish who were fed with regular amounts of food daily with those who were given the similar overall quantity of food in a more irregular feeding pattern.

Prof. Metcalfe added, “It seems that uneven growth, due to the fluctuation in the amount eaten per day, is responsible for the increase in the risk of sudden death. This is possibly because the body tissues are more likely to have imperfections due to growth spurts”.

Thus these scientists have stated that binge eating and crash dieting may considerably reduce life expectancy.