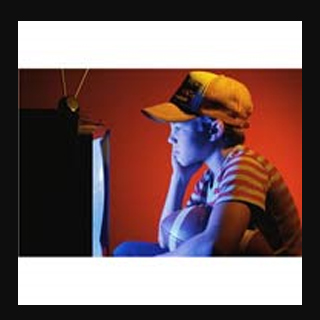 Numerous investigations have apparently pointed out the detrimental effects of watching television or sitting in front of the computer. Well, here is another article that highlights the negative impact of screen time on children. A groundbreaking study led by the University of Bristol claims that kids spending more than two hours in front of a computer or television screen have an elevated risk of being diagnosed with psychological difficulties, in spite of being physically active.

Experts initiated the PEACH project on almost 1,000 children aged between 10 and 11 years. Time spent in front of a screen and psychological well being of all the study subjects was monitored. By an activity monitor, children’s sedentary time and moderate physical activity was also noted. The outcome was that more than two hours per day of both television viewing and recreational computer use showed greater psychological difficulty scores. The results possibly remained constant even after considering time utilized on physical activity.

Lead author Dr. Angie Page from the University of Bristol’s Centre for Exercise, Nutrition and Health Sciences affirmed, “Whilst low levels of screen viewing may not be problematic, we cannot rely on physical activity to ‘compensate’ for long hours of screen viewing. Watching TV or playing computer games for more than two hours a day is related to greater psychological difficulties irrespective of how active children are.”

It was observed that kids passing more time in sedentary report improved psychological scores. Children with more moderate physical activity seemed to be better in some psychological areas like, emotional and peer problems. But these kids fared worse in areas linked with behavior, including hyperactivity. Participants were made to fill in a strengths and difficulties questionnaire which rated their emotional, peer, conduct and hyperactivity problems. Having evaluated the questionnaires, investigators were apparently able to gauge their psychological well-being.

The kids were also made to rate a series of statements as true on a three-point scale, varying from not true, somewhat true and certainly true. For understanding their emotional well-being, statements such as ‘I am often unhappy, down-hearted or tearful’, while statements to assess their peer problems included; ‘I am usually on my own’, ‘I generally play alone or keep to myself,’ were scrutinized. Authors suggest that screen time for kids can be limited to ensure health and well-being.

The study will be published in the November edition of the American journal Pediatrics.

Decline in ability to taste iron may impact health of older...