While we thought that teens could be kept away from drugs by keeping a watch over them and not providing them with more than required, the teens seemed to have found a better way to get an access to the substances. A National Center on Addiction and Substance Abuse (CASA) at Columbia University report says that it is a lot easier for teens to get drugs via the prescriptions not prescribed for them! Now this might come as a big shock for parents. 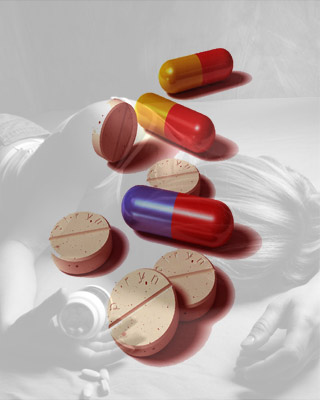 Apparently, the survey reveals that teens resort to prescription drugs like powerful painkillers. Although cigarettes and marijuana is still easier to get when the teens hangout with friends, the prescription drugs are occurring for the first time on their easy-to-get list.

This has been blamed on the parents who don’t keep the drugs out of the younger ones’ reach. This will definitely scare away the parents as they think their children are safe at home, the teen may probably be stealing away the painkillers from the medicine cabinet.

“Every mother and father should look in the mirror and ask themselves if they are doing the parenting essential to help their child negotiate the difficult teen years free of tobacco, alcohol, and drugs,” said Elizabeth Planet, Director of Special Projects who managed this survey.

“By leaving abuseable and addictive medications like OxyContin and Vicodin around the house, thus making these drugs readily available to their children, these problem parents become passive pushers,” said Joseph A. Califano, Jr., CASA’s chairman and president and former U.S. Secretary of Health, Education, and Welfare.

Almost 46 percent of the 1,002 teens that were surveyed have said they took drugs and alcohol while they hung out with their friends on school nights. The teens belonged to the age group of 12-17. And what is more surprising for surveyors is that only 14 percent of the parents are aware of this.