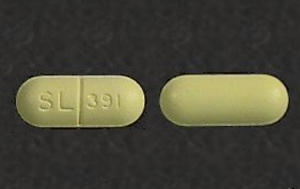 Researchers at the Joslin Diabetes Center in Boston have said that Salsalate, an inexpensive anti-inflammatory drug similar to aspirin, could help prevent type 2 diabetes.

Salsalate is a non-steroidal, anti-inflammatory medication very similar to aspirin sans the bleeding risk. In fact, it has been used for years on end to treat arthritis.

This finding was based on a study which says that the double-masked placebo-controlled study of 20 obese young adults found that salsalate substantially reduced blood glucose levels and inflammation too.

As a result, this could tend to cut their risk of developing type 2 diabetes.

According to study leader Dr. Allison B. Goldfine of Joslin and the Harvard Medical School, it has long been known that high doses of aspirin could reduce blood glucose levels, but the risk of stomach bleeding is too high to allow for this treatment.

It has also been known that inflammatory markers and proteins tend to get elevated in people with diabetes and that aspirin can reduce inflammation.

“This is exciting because salsalate has a good safety profile after many years of use, is inexpensive to make and appears to have the potential to lower blood glucose. It may be useful in preventing diabetes,” Goldfine said in a statement.