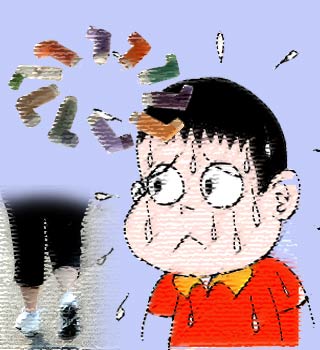 You have always been the sweaty type…and you think sweat is gross. You may be in for a surprise as a recent study suggests that sweat could actually be good. New findings reveal that sweaty people are less likely to suffer from asthma. It finds that more the sweat means lower the risk of exercise-induced asthma as the same mechanism that controls one affects the other.

Study author Dr. Warren Lockette, head of clinical investigation at the Naval Medical Center, in San Diego clarifies, “It now appears that how much fluid your airways secrete could be a key determinant in protecting you from exercise-induced asthma. So, if athletes sweat, drool, or cry, at least they won’t gasp. The same mechanism that makes you sweat controls airway secretion”

Leanne Male, assistant director of research at Asthma UK, remarked, “This study is interesting as it is the first time that a link has been proposed between sweating, saliva production and the likelihood of experiencing exercise-induced asthma. It is far too early however to say whether or not this research is important for people with asthma, as currently it has generated nothing more than an interesting hypothesis which has yet to be substantiated.”

She further added, “The key thing for people to remember is that exercise can improve lung function and help with the management of asthma symptoms, meaning people rely less heavily on their reliever medicines.”

An analysis of nearly 56 people who were suspected to have exercise-induced asthma was carried out. They were tested for airflow called as forced expiratory volume (FEV) and sweat secretion using the chemicals methacholine and pilocarpine. While the former is known to cause constriction of airways, the latter chemical causes sweating and induces saliva. Some of the volunteers were also tested for saliva and tear production as well.

Exercise-induced asthma can be described as a form of asthma that can either accompany a diagnosis of asthma or exist by itself only when exercising. Striking only after several minutes of exercise, shortness of breath, coughing and wheezing are some of its symptoms.

Experts discovered that athletes with the particular form of asthma create less sweat, tears and saliva as against those with certain breathing problems. They reveal that those participants who had the greatest drop in FEV that is were most sensitive to methacholine were actually least responsive to pilocarpine. In simpler words, it meant the more hyperactive the airway, the less the sweat production. On an average those who didn’t respond to methacholine had higher sweat rates and didn’t have asthma.

The researchers suggest that a way to combat exercise-induced asthma could probably mean a strict control of the air quality during workouts. One should also pay more attention to hydration.

The study is published in the journal Chest.