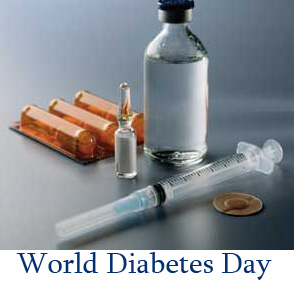 Countries throughout the world are marking the first-ever World Diabetes Day, by lighting up famous landmarks. The United Nations passed a resolution last December making November 14 World Diabetes Day to raise awareness about the disease.

Diabetes affects roughly 246 million people worldwide, and that number is expected to grow to 380 million by 2025.

According to the International Diabetes Foundation the U.N. resolution urges governments to implement national policies for prevention, care and treatment of diabetes.

IDF says this is the first time that a non-communicable disease has been recognized as posing a global threat as serious as that of infections diseases.

Diabetes is a chronic disease that occurs when the pancreas does not produce enough insulin, or when the body cannot effectively use the insulin it produces.

According to the World Health Organization, without urgent action, diabetes deaths are likely to increase by more than 50 percent in the next 10 years.