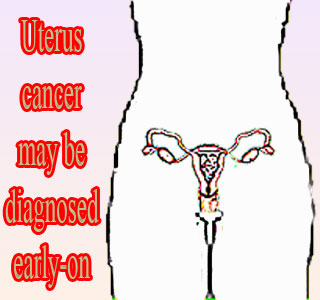 Many women in the West suffer from uterus cancer. It is believed to be the most commonly affected ailment in the West. To aid in better diagnosis of this disease, a latest research has detected the gene that could do the trick. This research was conducted by the University of Gothenburg.

Uterus cancer is said to be the commonest gynaecological malignancy in the West. This particular disease symptom is subdued and may not be identified immediately. The fact that not much is known about this form of disease, adds to the complications associated with its appearance and development. Thus the discovery of this gene could prove to be very beneficial for the future development of various treatments.

The researchers used inbred rats to aid them in discovering the gene that causes uterus cancer. Sandra Karlsson, a researcher at the Department of Cell and Molecular Biology, says that, “More than 90 per cent of the female rats in the study spontaneously developed uterine cancer. By using advanced techniques to analyse gene expression in the tumours, we succeeded in identifying a gene signature that could be used as a future diagnostic test for human uterine cancer.”

It is further stated that three genes complete the gene signature. The cell is shielded from oxygen free radicals by one of these genes. Production of these free radicals is said to be very natural in the cell. However when produced in excess these free radicals can damage the cell and the body’s DNA, which could further lead to various other diseases, like cerebral hemorrhage, dementia, rheumatism, cancer, etc.

This present research has confirmed that a variation in this gene is noticed in early as well as late stage cancer. The researchers state that this particular gene plays a very crucial role in the birth and development of uterus cancer.