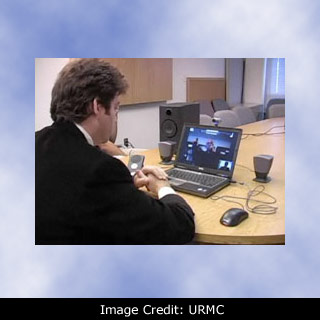 A study was conducted on the unique telemedicine project which was believed to have been undertaken for the patients suffering from Parkinson disease. It was observed that the telemedicine system may aid in improving the quality of life and motor function of these patients. This study was together conducted by University Of Rochester Medical Center (URMC) and the Presbyterian Home for Central New York in New Harford.

Telemedicine is believed to be a clinical application where patients are given medicine information over the phone, via Internet and other networks. This application may be utilized for consultation and remote medical examinations or procedures. As per a telemedicine project, distant nursing home Parkinson disease patients were supposedly allowed access to the neurologists at the URMC.

URMC neurologist, M.D, Ray Dorsey has stated that, “This study shows that we can effectively deliver care for Parkinson’s patients via telemedicine. This system enables us to reach and provide a high level of care to patients who might otherwise not have access to a specialist.”

In the telemedicine system, the patients were believed to have been brought to a room in the Presbyterian Home which apparently contained a flat screen television, which would enable them to view their physicians. Apart from this, the doctors treating the patients supposedly required computers with an integrated web camera.

Telemedicine visits seemingly consist of a review of medications, an update on the patient’s health, any potential complications as well as a standardized motor skills evaluation (balance, coordination, gait and stiffness). Physicians were believed to conduct this evaluation with the assistance of a trained nurse at the Presbyterian Home. Following the visit with the doctor, recommendations were later believed to have been discussed with the patients. These recommendations were evidently further faxed to the nursing home as well.

Apparently it was observed that the patients treated with telemedicine seemed to show large improvements in their motor function and quality of life. Furthermore, the Parkinson patients who were treated via this revolutionary system seemed to possess trends that were apparently directed towards higher satisfaction with their care.

The results of the study were believed to have been released at the International Congress of Parkinson’s Disease and Movement Disorders in Paris this month.