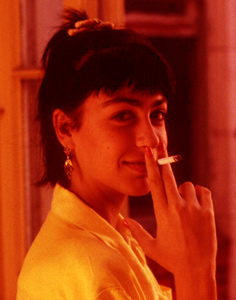 Norwegian scientists have said that regular smoking could lead to an early onset of menopause in women.

Menopause is marked by the end of menstruation and occurs at an average age of 50 years. Symptoms include hot flushes, insomnia and mood swings.

As it is smoking is known for damaging many organs of the body. It causes 87% of lung cancer deaths. It is also responsible for many other types of cancer and health problems as well.

Scientists at the University of Oslo studied 2123 women and found that women who smoke are 59% more likely than non-smokers to get menopause before the age of 45 years.

This puts these women at an increased risk of osteoporosis and heart disease.

It was also found that for the heaviest of smokers, the risk of early menopause was nearly doubled.

According to research leader Thea Mikkelsen, “The earlier a woman stops smoking, the more protection she derives with respect to an early onset of maopause.”