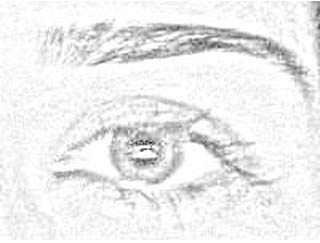 People suffering from Type 1 diabetes may often also have to experience its related complications like an eye injury. But now a novel treatment has been developed which seems to be capable of reducing the progression of an eye injury in such patients. This new treatment was developed by the experts from the University of Minnesota Medical School.

These experts evidently used a drug which is commonly used to treat hypertension. It was observed that through the administration of this drug these experts could reduce the progression of a diabetes-related eye injury in about 65% of the assessed subjects.

It has been said that diabetes may be a common cause of blindness in adults. Apart from this, in the U.S. it is also believed to be responsible for about 50% of all the new cases of chronic kidney failure taking place every year.

Previously conducted studies had evidently pointed out the beneficial effects of anti-hypertensive medications on slowing down the rate of kidney damage in such patients. However it was observed that these drugs could not prevent kidney damage in these patients. For this purpose, the present team of experts wanted to determine if they could slow down early diabetic kidney injury in the patients, who had normal blood pressure and had not yet shown signs of kidney disease.

For this purpose the assessed subjects were either provided with antihypertensive medications like losartan or enalapril, or were given a placebo. These subjects were observed for a period of about 5 years. It was noted that these drugs could not really prevent any damage from incurring on the kidneys of the subjects, or from losing their kidney function. However it was also noted that the anti-hypertensive medications seemed to have significantly reduced the progression of diabetic eye injury in the subjects.

Michael Mauer, M.D., professor of pediatrics and medicine, University of Minnesota Medical School, says that, “The secondary results of this study showed that people taking these antihypertensive medications experienced a substantially positive effect in slowing diabetic eye injury. Although neither medication delayed early kidney tissue injury or early loss of kidney function, the advantage to a study with negative findings such as this one is that physicians now know that this treatment is ineffective for this purpose, and they can pursue other treatment options that may improve their patients’ outcomes.”

Although it was observed that these drugs didn’t seem to be capable of preventing early kidney damage in diabetic patients; it could possibly be used for slowing the development and progression of diabetic eye disease.

Having said this, it was also noted that various other factors may be required to be taken into consideration. Factors like the age of the patients to whom these drugs could be prescribed, and also the amount of time that they should continue taking these drugs.

The study findings have been published in The New England Journal of Medicine.