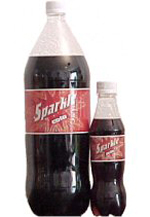 A scientific finding states that colas can cause bone loss in older women. This is likely to add to the woes of soft drink manufacturers in India, who are already caught in a controversy over higher than permissible amounts of pesticide in their drinks.

American epidemiologists have reported that colas are associated with bone mineral density loss and their consumption may increase osteoporosis risk for older women. Osteoporosis is a disease of porous and brittle bones that causes higher susceptibility to bone fractures.

Katherine Tucker, director of epidemiology at Tufts University, and her team of researchers have reported their findings in the latest issue of the American Journal of Clinical Nutrition.

They analysed dietary questionnaires and bone mineral density measurements at the spine and three different hip sites of more than 2,500 people whose average age was just below 60.

In women, cola consumption was associated with lower bone mineral density at all three hip sites, regardless of factors such as age, menopausal status, total calcium and vitamin D intake, or use of cigarettes or alcohol. However, this was not so for men, they reported.

The authors said they were not certain why women who drank more colas had lower bone mineral density and not men.

The authors stress that, as with any epidemiological study, their results should be taken with caution. “There is no concrete evidence that an occasional cola will harm the bones.”

Physiologically, a diet low in calcium and high in phosphorus may promote bone loss, the study said.

The authors added: “Further controlled studies should be conducted to determine whether habitual cola drinkers may be adversely affecting their bone health by regularly consuming doses of phosphoric acid that do not contain calcium or another neutralising ingredient.”

They say that one message from their study is that “women concerned about osteoporosis may want to steer away from frequent consumption of cola until further studies are conducted”.