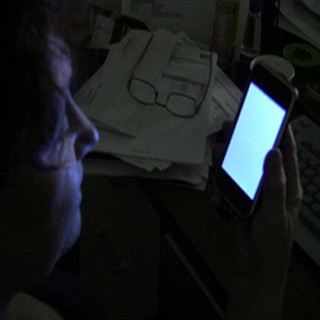 This news may be of high interest to all the iPhone users. Apparently a new iPhone application applies focused blue light to supposedly get over seasonal depression and exhaustion by duping the body’s internal clock. The BluWave iPhone application applies light Emitting Diode (LED) technology to send blue light adaptable in definite Nanometers (nm).

Apparently this blue light therapy has been clinically confirmed that it is used to fight Seasonal Affective Disorder (SAD), depression, fatigue and general body clock issues. Although this blue spectrum technology is currently being applied in modern light therapy devices, BluWave is claimed to be the first device to be used in mobile phones. Apparently it can also be used to get over jet lag, night worker exhaustion and drowsy driving.

This is supposedly how it works. Through the receptors in the back of the eyes the human body responds to specific wavelengths of light. The brain is signaled to discharge chemicals that regulate the body and mind, when these receptors sense particular colors in specific wavelengths. Even when the eyes are closed the receptors react as they are very sensitive. The body is tricked into believing it is morning since these receptors which sense blue light between 450nm and 490nm activates the release of natural chemicals which supposedly increases energy, vitality and mental alertness. There are other qualities to it. Apparently when we focus the blue light on our skin it generates the receptors in our skin thus helping combat acne and blemishes.

Several clinical studies have claimed that for persistent alertness, blue light therapy is apparently more effective than caffeine. As per Harvard Medical School, a study in 2006 claimed that for increasing energy in men and women, blue light is supposedly more effective than white light. In 2008, LED light was used by scientists at Rensselaer Polytechnic.