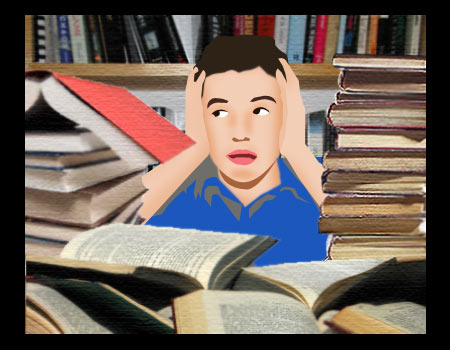 A novel study states that depressed college students have double the risks of discontinuing their studies as compared to other college students. Chief expert and an associate professor in the University Of Michigan School Of Public Health, Daniel Eisenberg was believed to have carried out this study.

Apparently, students who suffer from both anxiety and depression had performed poorly in their academics. According to Daniel Eisenberg, the study also signifies that poorer grade point averages depend upon student’s type of depression. Depressed people are believed to show two main symptoms namely loss of interest and pleasure in activities, or depressed mood. However, only loss of interest was related with poorer grade point averages.

“The correlation between depression and academic performance is mainly driven by loss of interest in activities,” Eisenberg said. “This is significant because it means individuals can be very depressed and very functional, depending on which type of depression they have. I think that this can be true for many high achieving people, who may feel down and hopeless but not lose interest in activities.

“Lots of students who have significant depressions on some dimension are performing just fine, but may be at risk and go unnoticed because there is no noticeable drop in functioning,” further added Eisenberg. “If you take a student at the 50th percentile of the GPA distribution and compare them to a student with depression alone, the depressed student would be around the 37th percentile—a 13 percent drop. However, a student with depression and anxiety plummets to about the 23rd percentile, a 50 percent drop.”

For the purpose of the study, Eisenberg and his colleagues carried out an online survey of a random sample of about 2,800 undergraduate and graduate students. They conducted this survey with reference to a variety of mental health issues in fall 2005. They also conducted a follow-up survey that included a subset of the sample after two years.

Eisenberg revealed that the dropout rate for University of Michigan students was better in comparison to the national average. Evidently, the students’ dropout rate was about 5 percent for every year. This possibly reveals that Michigan attracts mainly high-achieving students, besides U-M claims to have has a strong support system for students experiencing depression.

“Michigan does seem to be a leader in many respects in terms of things the university has done related to student mental health,” said Eisenberg, who noted that the next step in the research is a large scale study. “I see this study as suggesting that there is value in a large randomized trial of screening and treating depressed students, in which the academic outcomes are measured carefully. That’s what it will take to really see what the value is in reducing the dropout rate and improving GPA.
As far as I know this has not been done.”

Eisenberg has further stated that many students experiencing depression similar to the wide-spread population continue to be untreated because they could feel that stress is normal. Apparently, only 50 percent of people suffering with depression believe that they need assistance.

This study is expected to be published later this year in the online journal B.E. Journal of Economic Analysis and Policy.