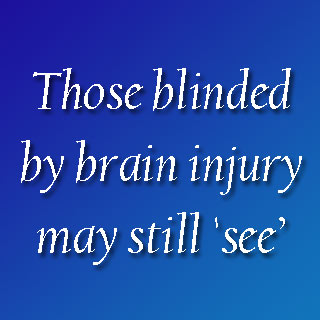 Have you constantly and always knocked down something or the other when going about your daily activities of life? The answer will be no as except in some clumsy moments, we rarely knock over a box of cereals or an apple juice as we reach for our morning cup of tea. A latest research from The University of Western Ontario has claimed that it has unlocked the mystery of how our brain allows us to evade these accidents. The novel research was headed by Canada Research Chair in Visual Neuroscience Mel Goodale, lead author Chris Striemer and colleagues in Western’s Department of Psychology.

In the research, a patient who had become completely blind on his left side following a stroke to the main visual area of the brain was asked to keep away from obstacles as he reached out to touch a target in his right or ‘good’ visual field. So it was no surprise that he was able to avoid them as any normal-sighted person would. But the fascinating thing was that even when the obstacles were kept on his blind side, he was still able to avoid them even when he mentioned that he could not see the objects at all.

Goodale commented “We automatically choose a path for our hand that avoids hitting any obstacles that may be in the way. Every day, we perform hundreds of actions of this sort without giving a moment’s thought as to how we accomplish these deceptively simple tasks.”

Striemer quoted “The patient’s behavior shows he is sensitive to the location of obstacles he is completely unaware of”.

Adding to it, Goodale mentioned “The patient seemed to be as surprised as we were that he could respond to these ‘unseen’ obstacles”.

These findings supply convincing proof for the idea that obstacle avoidance may depend on very old visual pathways in the brain that seem to sidestep the most important visual areas that lets us to perceive the world. Other parts of the brain apparently still sustain an inadequate ability to use visual information from the eyes to manage skilled movements of the limbs even when the part of the brain that gives us our visual experience may be damaged.

More experiments in Goodale’s lab at the Centre for Brain & Mind have supposedly demonstrated that these ancient visual pathways may work only in real-time and do not have a way in to memories, even of the short-term variety. For instance, they supplied an obstacle in the patient’s blind field but postponed his reach by two seconds. With this short interruption, he apparently no longer displayed any sensitivity to the object’s position.

The research’s outcomes apparently have vital connotations for our understanding of what gets lost and what gets spared subsequent to damage to the brain’s focal visual pathways, and points the means for new approaches to rehabilitation.

This research has been published in the current issue of the prestigious Proceedings of the National Academy of Sciences.