According to latest studies, regular attendance at religious services lessens the risk of death by 20 percent. This information was taken from the volunteers who spanned numerous religious denominations. 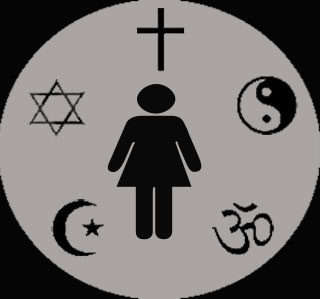 This research was conducted by Eliezer Schnall, Ph.D., clinical assistant professor of psychology at Yeshiva College of Yeshiva University. He was accompanied by Sylvia Wassertheil-Smoller, Ph.D., professor of epidemiology and population health at Albert Einstein College of Medicine. This research was conducted as an ancillary of the Women’s Health Initiative (WHI). The WHI is a national, long term study aimed at addressing women’s health issues.

The researchers assessed the religious practices of more than 90,000 post-menopausal women participating in the WHI. They explored the probable link between religious service attendance and strength and comfort gained from religion with consequent cardiovascular actions and the overall health and mortality of the individual. This study showed a 20 percent reduction, for religious services regular attendees, in the mortality risk; however it did not reveal a major change specially linked to cardiovascular disease. These women answered questions regarding religiosity and baseline health conditions. They were kept an eye on by the WHI researchers for almost around 7 years.

Dr. Schnall says, “Interestingly, the protection against mortality provided by religion cannot be entirely explained by expected factors that include enhanced social support of friends or family, lifestyle choices and reduced smoking and alcohol consumption. There is something here that we don’t quite understand. It is always possible that some unknown or unmeasured factors confounded these results.”

The researchers concluded that religious behavior is linked with higher rate of mortality; however the effect of religion on the physical well being of the individual is still to be decoded.

The scientists are planning on studying the psychological profiles of the women who regularly attend religious services; in order to see its positive effect on their physical well being.

It is funded by the National Institutes of Health. Their findings are published in the Psychology and Health issue.