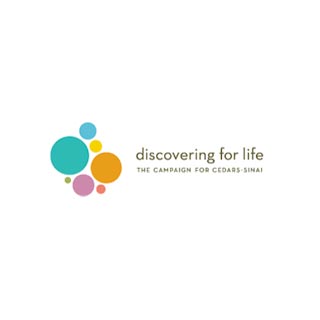 When the term ‘high-resolution’ is heard, majority of the people think of high tech gadgets like flat screen TV’s or images from a digital camera. But for Cedars-Sinai’s Department of Obstetrics and Gynecology, high resolution is apparently now a significant aspect of ultrasound equipment. This technology apparently allows screening for fetal abnormalities in the first trimester of pregnancy i.e. a mere 10 weeks after conception.

It is seen that ultrasound technology, the streaming of high-frequency sound waves into the body to generate dynamic images of internal organs, may be best identified for its function in prenatal diagnostics. During the test, clinicians pass an instrument known as transducer over the abdomen to produce images of developing fetuses in the womb. Parents worriedly anticipate the outcome of these ultrasound tests, which are said to be the first signal of the health of their child.

A second trimester diagnosis i.e. 18-20 weeks has usually been the standard for the past two decades.

Siegfried Rotmensch, MD, director of the Division of Maternal-Fetal Medicine at Cedars-Sinai Medical Center, commented, “Anomalies of the fetus can actually develop as early as two weeks after fertilization. In the past, though, babies had to be large enough for physicians to pick up the anomalies with an ultrasound transducer.”

The new generation of ultrasound equipment is transvaginal which is apparently a small device that is added directly into the vaginal canal, allowing physicians to look at the fetus from only an inch away. Since the equipment could be capable of generating images at a resolution that may go beyond that of a usual ultrasound, one may evidently examine the growth of key organs like the brain, spine, and heart in immense detail at only 12 weeks gestation.

Dr. Rotmensch mentioned, “With transvaginal ultrasound, we frequently can see more in the first trimester than we can in the second trimester, using traditional ultrasound. The high-resolution technology will help us diagnose and possibly address problems two months earlier than we used to.”

This new method provides several advantages to parents. It may be predominantly helpful when assessing overweight mothers, who aren’t always capable of acquiring a good image of their baby by conventional ultrasounds, carried out over the abdomen. Peace of mind is apparently brought to parents with health concerns at a much earlier stage of pregnancy, or assist them in making knowledgeable decisions about their pregnancy sooner rather than later. This may be chiefly vital when fatal or terminal fetal anomalies needing added management are recognized.

This entire fetal anatomic survey by transvaginal ultrasound is still in its initial stages. Cedars-Sinai is said to be one of only two hospitals in the U.S. to present it to interested patients within the first trimester of pregnancy. Dr. Rotmensch and his team are optimistic that it may turn out to be the new standard of care for prenatal ultrasound at Cedars-Sinai.