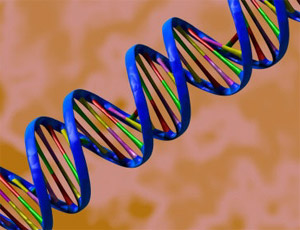 British scientists have found two flawed genes that could triple the risk of developing bowel cancer, one of the deadliest forms of the diseases.

The breakthrough, signaled in a report published in Nature Genetics Sunday, will hasten the search to find new ways of treating and even preventing the illness.

Researchers said in the report that the risk of bowel cancer is small when only these two genes are present. But if both these and two other high-risk genetic variants identified earlier are present, a person might have a two- to three-fold increased risk of the cancer.

The two sections of flawed DNA are thought to be common and linked to around 15 percent of bowel cancers cases a year in Britain.

It is reported that men have a one in 20 chance of developing the disease in their lifetime, while for women, the risk is one in 18.
Bowel cancer is the third most common cancer in Britain, with 35,000 people diagnosed with it every year, of whom 16,000 die.

The two rogue stretches, which have not been given names, were found after researchers scrutinized the DNA of 15,000 people. These were mainly Britons, and more than half had bowel cancer.

“Discoveries like this will improve our understanding of cancer and help us to develop targeted screening and treatment for people at increased risk of the disease,” said Dr. Lesley Walker, of Cancer Research UK.
“We hope that step by step we are coming closer to some form of screening.

“By identifying the genes responsible for the disease we would also be able to develop treatment specific to people with that genetic make-up,” said Walker.