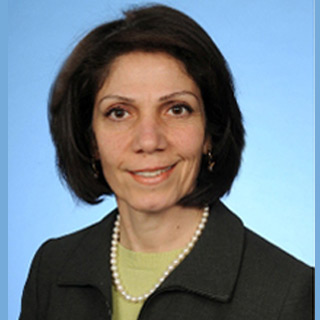 Inflammation still seems to destroy the lungs of some smokers even years after they quit the habit. What sparks that smoldering destruction appears to remain a mystery. However, a group of researchers led by Baylor College of Medicine are believed to have discovered that certain dendritic cells in the lung incite production of destructive T-cells. Apparently, these T-cells attack a key protein called elastin thereby leading to death of lung tissue and emphysema. Dendritic cells in the lung are known to be the cells that ‘present’ a foreign antigen or protein to the immune system.

People suffering from emphysema appear to find it harder and harder to breathe as the lung’s air sacs or alveoli are destroyed, in turn causing holes inside the lung and blocking airways. Moreover, they may have difficulty exchanging oxygen as their lungs tend to become less elastic.

The National Heart, Lung and Blood Institute estimate that approximately 2 million Americans have emphysema. In addition, most of them seem to be over the age of 50 years. Cigarette smoking is known to be the greatest risk factor for the disease. It was estimated that cigarette smoking contributes to as many as 100,000 deaths every year.

In earlier research, Dr. Farrah Kheradmand, associate professor of medicine, pulmonary and immunology at BCM, along with her colleagues showed those T-helper cells and some enzymes in the lung seem to have destroyed tissues inside the lungs of emphysema patients.

Kheradmand along with her colleagues were noted to have found that a subset of antigen-presenting cells in the lung is programmed to turn peripheral blood cells into the cells that are activated and are associated with autoimmune inflammation. Furthermore, they found that elastin peptides could possibly activate T cells thereby indicating a sign that elastin is acting as an auto-antigen.

“This has implications for something that is important and biologically relevant. Smokers are also at risk for diseases of the blood vessels such as the carotid artery and aorta. These blood vessels are also enriched in elastin. We believe that particular cells circulating in the body could react to elastin molecule at these remote sites,” continues Kheradmand.

This may perhaps assist in explaining some of the cardiovascular and other complications associated with smoking tobacco. For instance, skin is usually rich in elastin however, when a person smokes, his skin seems to loose its elasticity.

“We believe that this systemic inflammation that may initially affect the lung could also affect other parts of the body,” she continues.

Kheradmand and fellow senior author Dr. David Corry, professor of medicine, pulmonary and immunology at BCM, and her colleagues was believed to have used lung tissue taken from emphysema patients who were undergoing surgery anyway in order to determine which cells are present and their functions in the lung.

“These live cells are the center of what we studied,” says Kheradmand.

She along with her colleagues found that some patients seem to not have the elastin-specific cells in their lungs, even though they had smoked.

Kheradmand further said, “The Holy Grail is to find smokers who are destined to develop auto-reactive cells before the disease is fully manifested.”

The experts anticipate to come up with a test for T-cells that attack elastin that could be used in the doctor’s office. However, such a test may perhaps only identify patients at higher risk for emphysema and other elastin-associated diseases. For example, it may perhaps not identify people at higher risk of lung cancer.

The findings of the research have been published in the journal, Science Transformational Medicine.