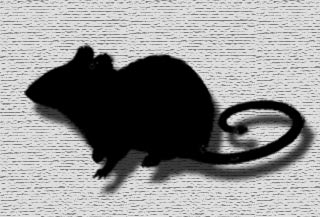 In their attempt to come up with new and latest happenings in the medical world, scientists sure don’t leave any stone unturned. A newly conducted study has provided evidence to support this claim. The experts of this study have stated that a particular drug seems to have the ability to boost longevity in mice even late in life. This study is believed to have been conducted with the aim of providing data on potentially-useful anti-aging drugs and its related ill-effects.

It was apparently noted that the drug rapamycin has the ability to extend the lifespan of mice by about 9-14%. This effect was believed to have been noticed in mice even after they started having this drug in late middle age. Richard A. Miller, MD, PhD, scientist from the University of Michigan believes that these are the strongest observations made until now in their ongoing animal experiments. This long-term study is noted to mainly test agents which have the potential to slow down aging.

Miller says that, “While other results have been promising, the rapamycin effect is bigger, and worked even when started in late middle age.”

For the study, mice aging 600 days old were notably given an experimental diet. Along with the diet, some of these mice apparently also received the rapamycin drug; while the rest were not given the drug. It was noted that, the mice that were given the drug along with the normal diet seemed to live longer than their remaining counterparts. The rapamycin drug was believed to have increased the lifespan of female mice by 14%, and 9% for male mice.

The main idea of using rapamycin drug was noted to have been suggested by Zelton Dave Sharp of the University of Texas. This is a potent drug which is most often used in medicines to lower the immune response; for instance in patients who have had a kidney transplant. Apart from this, the drug is also believed to show potential in the role of an anti-cancer drug.

“We do not know if the good effects of rapamycin in our mice are due to its anti-immune effects, its anti-cancer effects, or some other effect. We’re hoping that we may someday prove that the drug has an anti-aging effect with the ability to slow many aspects of aging,” says Miller.

This study is being conducted from three different sites. Apart from the experiments going on in Miller’s lab, the remaining sites are the University of Texas Health Science Center in San Antonio, Texas, and the Jackson Laboratory in Bar Harbor, Maine.

“The observation that the drug worked in all three sites makes the basic finding much less likely to be due to some statistical fluke or some unsuspected experimental factor,” elucidates Miller.

Since all the three sites have revealed the potential ability of this drug, it is believed to provide a stronger evidence of its effectiveness.

These findings have been presented online and will soon also be published in the Nature journal.