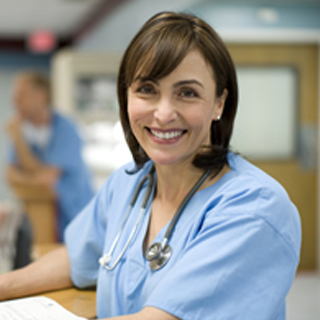 Irritable bowel syndrome (IBS) is said to be a functional bowel disorder typified by constant abdominal pain, discomfort, bloating, and variation in bowel habits in the nonattendance of any obvious organic cause. A study claimed that nurses taking part in shift work, particularly those working rotating shifts seemed to undergo considerably augmented threat of contracting irritable bowel syndrome and abdominal pain as opposed to those working a usual day-time schedule.

IBS is said to be the most common functional bowel disorder and is hard to recognize since it may be detected by clinical symptoms as compared to tests.

“We know that people participating in shift work often complain of gastrointestinal symptoms such as abdominal pain, constipation and diarrhea. These are the same symptoms of IBS,” commented, Sandra Hoogerwerf, M.D., assistant professor of internal medicine at the University of Michigan Medical School.

Hoogerwerf and her colleagues assessed nurses categorized into three groups as around 214 were having permanent day shifts, roughly 110 were with permanent night shifts and about 75 had rotating shifts between day and night, based on self-reported abdominal symptoms and sleep quality. It was noted that over 85% of the volunteers were women.

The authors commented, “Our findings suggest that nurses participating in shift work, particularly those who participate in rotating shift work, have a higher prevalence of IBS and abdominal pain. This association is independent of sleep quality.”

Hoogerwerf quoted, “We know the colon has its own biological clock and that’s what increases the likelihood of having a bowel movement in the first six hours of the day. Shift work can cause chronic disruption of that biological rhythm, resulting in that clock to constantly be thrown off and needing to adjust, creating symptoms of diarrhea, boating, constipation and abdominal pain and discomfort.”

The experts are of the opinion that their study apparently proposed that sleep disturbances may not entirely clarify the presence of IBS or abdominal pain linked to shift work.

Hoogerwerf remarked, “The question now for further research is if IBS and abdominal pain is an underlying manifestation of a circadian rhythm disorder.”

In the meantime, the study authors suggest that practicing gastroenterologists should be aware of this association and educate patients with IBS on the possible impact of their work schedule on their symptoms.

The study was published in the American Journal of Gastroenterology.