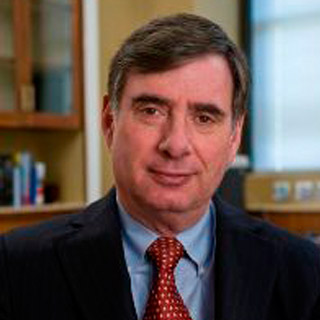 While salt adds the much needed taste to food, experts for long suggest that decreasing daily salt consumption could actually be advantageous to our health. A new study from University of California, San Francisco, Stanford University Medical Center and Columbia University Medical Center claims that cutting down the intake of salt by even a half teaspoon daily may avert almost 1,00,000 heart attacks and 92,000 deaths yearly.

The team’s outcomes were ensuing from the Coronary Heart Disease Policy Model, a computer replication of heart disease among U.S. adults that appears to have been used by study authors to predict advantages from public health interventions.

“A very modest decrease in the amount of salt, hardly detectable in the taste of food, can have dramatic health benefits for the U.S,” commented, Kirsten Bibbins-Domingo, PhD, MD, lead author of the study, UCSF associate professor of medicine and epidemiology and the co-director of the UCSF Center for Vulnerable Populations at San Francisco General Hospital.

The CHD Policy Model discovered that decreasing dietary salt by around three grams every day apparently resulted in around 11 percent less cases of new heart disease, 13 percent less heart attacks, 8 percent less strokes, and 4 percent less deaths. For African Americans, who study authors consider to have most chances of suffering from high blood pressure and may be more receptive to salt, the extent of salt reduction may cut down new cases of heart disease by around 16 percent and heart attacks by roughly 19 percent.

Lee Goldman, MD, MPH, senior author, executive vice president for health and biomedical sciences and dean of the faculties of health sciences and medicine at Columbia University, quoted, “Reducing dietary salt is one of those rare interventions that has a huge health benefit and actually saves large amounts of money. At a time when so much public debate has focused on the costs of health care for the sick, here is a simple remedy, already proven to be feasible in other countries.”

The American Heart Association accounts that salt use among Americans has increased by about 50 percent and blood pressure has augmented by almost the identical quantity since the 1970s, regardless of proof connecting salt consumption to high blood pressure and heart disease.

Glenn M. Chertow, MD, study co-author, professor of medicine and chief of the Division of Nephrology at Stanford University, stated, “In addition to its independent benefits on blood pressure, reducing salt intake can enhance the effects of most anti-hypertensive (blood pressure lowering) agents and reduce complications associated with diabetes, obesity and kidney disease.”

The New York City Department of Public Health and other state and local municipalities countrywide have apparently viewed salt as a vital objective for regulation. Mayor Michael Bloomberg has supposedly already made comprehensive alterations to the City’s health regulations, including decreasing trans fats in eating joints. Now the city is looking forward to start a national movement in reducing salt consumption by around 25 percent.

The study was published by the New England Journal of Medicine.