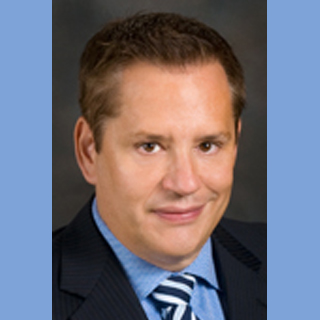 Breast cancer is said to be a debilitating and life-threatening condition affecting women. Mastectomy is a medical term for the surgical elimination of one or both breasts, partly or entirely.

Breast cancer patients with early stage disease that seems to have spread to only one lymph node may not gain from radiation following mastectomy, due to the low present-day threat of reappearance subsequent to modern surgery and systemic therapy. This discovery may someday alter the course of treatment for several women detected every year. This appears to be the opinion of the study authors from the University of Texas M. D. Anderson Cancer.

The study apparently exhibited that stage I and II patients without spread to axillary lymph nodes or with 1-3 lymph nodes with metastasis who received surgery and adjuvant chemotherapy devoid of radiation to the chestwall post-mastectomy appeared to encompass a low by and large threat of locoregional recurrences (LRR).

Around 90 percent of patients detected with node-positive disease my encompass three or fewer nodes. An approximate 47,000 women are identified yearly with breast cancer concerning 1- 3 lymph nodes. Of those, roughly 30,000 appeared to have just one lymph node involvement. This was as per Henry Kuerer, M.D., Ph.D., professor and Training Program Director in M. D. Anderson’s Department of Surgical Oncology.

Kuerer, the study’s senior author, commented, “There is currently no question that radiotherapy after mastectomy is effective at decreasing the chances of LRR and is indicated in breast cancer patients with lymph node spread in greater than four nodes and where the risk of LRR is higher than 10 to 15 percent. However, the need for post-mastectomy radiation in early stage breast cancer patients has been a topic of great debate within the cancer community for decades.”

In the 1990s, two landmark randomized trials supposedly illustrated a survival advantage for early stage breast cancer patients with lymph node metastases who were given the therapy post-mastectomy. Then, in 2005, a meta-analysis of randomized clinical trials that were performed in the 1960s to 1980s apparently demonstrated both a survival benefit and a reduced threat of LRR for women with node positive breast cancer. The National Comprehensive Cancer Network is said to have changed their medical guidelines in 2007 to propose that stage I and II breast cancer patients with one to three lymph node metastases powerfully deem radiation post-mastectomy.

Kuerer and his colleagues examined clinical and pathological aspects from roughly 1,022 stage I or II breast cancer patients who were given a mastectomy at M. D. Anderson between 1997 and 2002. Of those women, around 79 percent appeared to have no lymph node involvement; about 26 percent seemed to encompass 1-3 positive lymph nodes, with most of them with just one positive node. Apparently nobody was given post-mastectomy radiation and/or pre-operative chemotherapy; roughly 77 percent obtained post-operative chemotherapy and/or hormonal therapy. The median age was said to be approximately 54 years and the median follow up time was believed to 7.5 years.

The scientists apparently discovered that there appears to be no statistical disparity in the 10-year threat of LRR in women devoid of lymph node spread as against those spread to one node – 2.1 percent to 3.3 percent, correspondingly. The only independent risk aspect for LRR was said to be age; patients age 40 and younger, in spite of of node involvement, appeared to be at a considerably augmented threat for LRR.

The study was presented in the plenary session of the Society of Surgical Oncology Annual Cancer Symposium.