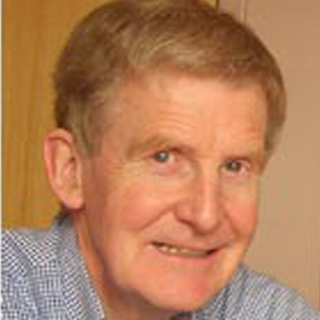 Brain haemorrhage is said to be a kind of stroke, which may be caused by a blood vessel that breaks and bleeds into the brain and it could be a medical emergency.

An innovative method developed by researchers in Bristol has apparently displayed to decrease disability in premature babies with critical brain haemorrhage by washing the brain to eliminate toxic fluid. The research was headed by Andrew Whitelaw, Professor of Neonatal Medicine at the University of Bristol, and Ian Pople, paediatric neurosurgeon at North Bristol NHS Trust.

They have apparently demonstrated that following a haemorrhage, the fluid within the ventricles appear to include substances probably toxic to the immature brain. In 1998, Professor Whitelaw and Ian Pople supposedly came up with a system by which the inside of the brain was ‘washed out’ to eradicate the toxic substances.

It is known that one of the most dreaded complications of having a premature birth is apparently bleeding into the ventricles in the centre of the brain. A huge haemorrhage may generally impair the developing brain with resulting cerebral palsy and grave learning troubles in many children. In around half of the children, fluid appears to amass within the brain causing the brain and head to enlarge exceptionally. This state is known as ‘hydrocephalus’.

So far, no treatment in these premature babies has managed to decrease disability, or enhance any aspect of health. The normal method has apparently been to frequently inject needles into the spine or head to take away the fluid until, after numerous months, a lasting surgical ‘shunt’ supposedly draws off fluid from the brain to the abdomen.

Professor Whitelaw commented, “Premature babies are particularly at risk of bleeding because in the middle of pregnancy, the fetus has many fragile blood vessels in the centre of the brain. These blood vessels shrink by full term and bleeding is rare in babies born at 40 weeks.”

From 2003 to 2006, roughly 77 premature babies with big brain haemorrhages in Bristol, Glasgow, Katowice (Poland) and Bergen (Norway) were said to be enlisted. Around 39 babies supposedly had the ventricles washed out by means of the Drainage, Irrigation and Fibrinolytic Therapy (DRIFT) and roughly 38 experienced the usual treatment.

When these babies turned two, independent evaluators apparently checked all the survivors. Of 39 babies allocated to be washed out, roughly 21 died or were acutely disabled as against 27 of 38 in the standard group. Amongst the survivors, 11 of 35 in the DRIFT group appeared to encompass acute cognitive disability as opposed to 19 of 32 in the standard group. Median Mental Development Index was said to be 68 out of 100 in the washout group, and less than 50 was seen in the group who received standard treatment. These outcomes are said to be statistically and clinically noteworthy.

The study was published in the American Academy of Pediatrics.