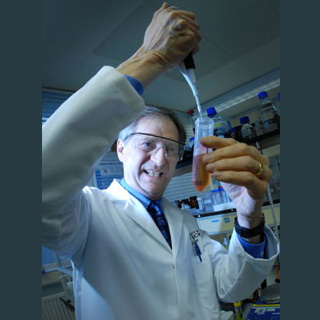 Scientists recently stumbled upon an astonishing way to fight the life-threatening disease cancer. A latest research commenced by the University of Warwick has possibly discovered a method to employ blue light for activating a highly potent platinum-based cancer treatment. The unique light-activated platinum-based compound apparently is up to 80 times more powerful than other platinum-based anti-cancer drugs.

The newly designed compound presumably uses ‘light activation’ for destroying cancer cells in a much more targeted way than similar treatments. A platinum-based compound can probably be activated by ultra-violet light which has narrow wave length of light and is limited to its use. Termed as trans,trans,trans-[Pt(N3)2(OH)2(py)2], the platinum based compound is supposedly activated by normal visible blue, or even green, light. In addition with being stable and easy to work with, it appears water soluble, hence can dissolve and be flushed out of the body after use. Professor Peter Sadler, from the Department of Chemistry from University of Warwick who is also the lead investigator of the research and colleagues tested the efficacy of this compound on oesophageal cancer cells cultivated within lab equipment.

According to the conclusion drawn out of the tests, once activated by blue light the compound is highly beneficial in gaining a concentration of just 8.4 micro moles per litre to kill 50 percent of the cancer cells. Currently experts are evaluating the compound’s effectiveness against ovarian and liver cancer cells. Discovery of this compound may have significant importance in the battle against cancer. Loaded with massive toxic power, light activation of this compound allows treatment to be targeted much more accurately against cancer cells. Light activation apparently produces a powerful cytotoxic compound that is more helpful than treatments like cisplatin.