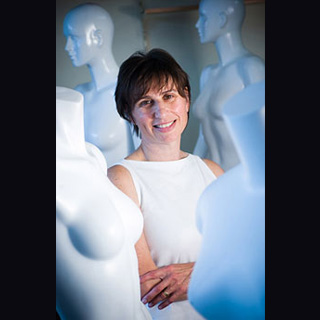 According to a latest study, testosterone treatment seems to improve brain function in healthy postmenopausal women. This study was carried out by experts form the Monash University.

During the study, Professor Susan Davis and Dr Sonia Davison were believed to have treated nearly 10 women aged 45 to 60 years with a daily skin spray of testosterone for approximately 6 months.

They found that the women appear to have shown improvements in visual and verbal learning and memory on sensitive computerized tests after treatment. The study participants were noted to have also undergone tests of brain function while undergoing an MRI scan.

“The tests of cognitive performance were completed with the same accuracy and speed by the women before and with treatment, but with testosterone treatment less of the brain areas involved with these tasks ‘lit up’. This indicates that that less brain activation was required for the women to complete the tasks with the same precision and accuracy when they were treated with testosterone,” says Professor Susan Davis of the Monash University Women’s Health Program.

Statistics have shown that postmenopausal women may be twice likely to suffer from dementia and memory as compared to men. Additionally, experts were of the opinion that lower levels of testosterone in post menopausal women could possibly be a contributing factor.

The rate of dementia is expected to rise over the next decade, as the population of over-45 year old Australian women seems to be increasing by a third to an estimated 5.5 million. In the year 2004, there were nearly 3.8 million women aged over 45 years.

“Testosterone production in women declines with age so that levels in postmenopausal women are usually about half of those in younger women. There are no current treatments available to improve brain function or memory, and the results of this study support the hypothesis that testosterone may be a potential treatment to prevent the age-related decline in brain function,” explains Professor Davis.

She further stated that, “The brain is filled with testosterone receptors but no-one really understands the role of testosterone in the brain. We suspect there could be a strong correlation between low testosterone levels and a decline in female brain function, as has been observed in men, and our findings support the need for further research into the potential use of testosterone for prevention of deterioration in brain function and memory.”

Dr Davison claimed that the transdermal testosterone spray appears to be a significant novel development in itself. This is due to its innovative and effective way of delivering hormone therapy and it seems to be quick and easy to apply. Apparently, the spray makes a patch inside the skin when applied. Also, unlike hormonal patches, it seldom seems to cause any skin irritation.

The findings of the study have been presented at the North American Menopause Society (NAMS) meeting in San Diego.

Maternal paracetamol use elevates risk for asthma in children?