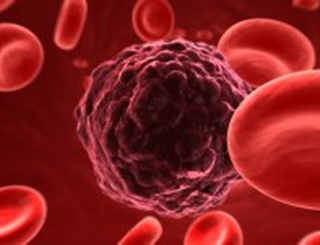 The drug artesunate known for treating malaria appears beneficial in improving cancer treatment. According to a latest research from the St George’s, University of London, artesunate when combined with an existing cancer drug helps treat human cancer. Regular treatment breaks are believed to enhance success levels.

Artesunate may actively destroy infected cells to decrease the size of cancer and also restricts the disease from developing. This malaria drug allegedly halts the growth of individual cancerous cells that trigger the life-threatening ailment. Four different types of human cancer cells were thoroughly analyzed by the scientists. Of those evaluated, two represented cancer of the colon, and the others breast as well as lung. These cells apparently reacted to artesunate when used both alone and in combination with other anti-cancer drugs. The malaria drug was possibly capable of avoiding the cancer from growing in all four types of cell lines tested. It seemingly reduced the size of cancer in cell lines gained from breast and lung cancer.

Dr. Wai Liu at St George’s, University of London, quoted, “Whilst stunting cell growth is a useful effect, destroying the cells to reduce their numbers is the preferred effect. These two processes are actually linked together, to the extent that if a drug inhibits cell growth it will inadvertently inhibit the ability of the cells to be destroyed. We have shown that by using short bursts of artesunate, the cancer cells regain the ability to be destroyed. Whilst these studies are conducted on cells outside the body and reactions can vary in the human body, this research provides new insight into how artesunate interacts with cancer drugs and different treatment patterns to combat cancer, and provides a starting point from which studies can be based.”

In order to improve the activity, experts combined artesunate with other common anti-cancer drugs. As a result, positive results were registered with a drug known as lenalidomide. The combination of artesunate and lenalidomide appears helpful for increasing the ability of the treatment in all four cancer cells tested and had a largest effect on the lung cancer cells. If any of the medications are employed separately, artesunate probably declines the amount of lung cancer cells, or the size of the cancer, by 20 percent and lenalidomide decreases to 10 percent. However, when utilized together, at the same concentrations, the cancer was supposedly reduced by almost 60 percent.

The research is published in the International Journal of Cancer.