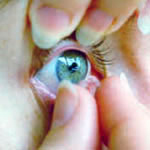 The belief that wearing contact lenses is safer than having laser surgery for vision correction is currently being challenged. A leading eye doctor says that over time, contact lens users are more likely to develop complications that could lead to vision loss than patients who have LASIK surgery.

Ophthalmologist William Mathers, MD and his colleagues reviewed many studies regarding this and concluded that daily contact lens wearers have a one in a 100 chance of developing a serious lens-related eye infection, over 30 years of use, and a one in 2,000 chance of suffering significant vision loss as a result.

The researchers calculated the risk of significant vision loss due to LASIK surgery to be closer to one in 10,000 cases. “One shouldn’t just assume that contacts are safer,” Mathers said. “This may have been true at one time, but for the average person this is certainly not the case anymore.”

Mathers is an eye surgeon who specializes in treating vision-threatening eye infections at the Oregon Health & Science University’s Casey Eye Institute in Portland. “Several times a year, I have patients who lose eyes from complications because they’ve been wearing contacts and they’ve gotten an infection,” he says. “By this I mean their eye has to be physically removed from their bodies.”

Direct comparisons of the risks vs. benefits of contacts and laser surgery have been difficult because surgical complications are immediate and the risks associated with contact lenses accumulate over many years.

The risks associated with long-term use of contact lenses are greater when lenses are used improperly, but they remain even when wearers do everything right, Mathers says.

“Almost everyone who wears contact lenses violates some principle of proper use at some point,” he says. “Either they don’t wash their hands before putting them in or they use tap water [to store the lenses]. But infections can occur even when this doesn’t happen.”

Los Angeles ophthalmologist Kim Salz said that sleeping in contacts dramatically increases the risk of infection.
“Out of 10,000 daily contact lens wearers, about one will develop a serious infection over the course of a year,” he says, adding that risk increases to one in 1,000 for wearers who sleep in their contacts.

“We advise patients to never sleep in contacts, even if the contacts are approved for this purpose,” he says.

Can eating fruits and vegetables decrease possibility of heart disease?